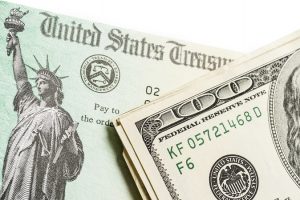 When most Americans think of immigration today, they are concerned about terrorism and the loss of American jobs to foreigners who are willing to undercut the wage market. But illegal alien children and unaccompanied alien children are also placing a significant strain on state and local budgets. A new report by FAIR shows that taxpayers now spend nearly $60 billion annually to educate both legal and illegal immigrants—an increase of nearly $9 billion since 2010. Education costs constitute the largest percentage of the immense fiscal burden unchecked immigration places on American citizens. Staggering costs like these are the result of attempts by the current administration to dismantle or bypass our immigration laws.

A large portion of this nearly $60 billion burden comes from the free public education provided to the children of illegal aliens. This unfunded mandate imposed on the states by the Supreme Court in Plyler v. Doe costs taxpayers $44.8 billion annually. During the 35 years since the Plyler decision it has placed a nearly unbearable strain on school budgets in high-immigrant areas, affecting the quality of education.

The tax burden attributable to misguided immigration policy is only increased by the federal government’s manipulation of the William Wilberforce Trafficking Victims Protection Act (TVPRA). Originally intended to protect victims of human trafficking, the TVPRA was not intended as an avenue for admitting and re-settling huge numbers of Unaccompanied Alien Minors (UAMs). As FAIR’s report shows, UAMs currently cost $1.7 billion annually to educate in addition to the $1.3 billion already budgeted to for admission and resettlement. This $3 billion total was as low as $200 million as recently as 2013, highlighting how rapidly this problem is growing. FAIR recommends that Congress amend the Wilberforce Act in a way that expedites the process of reuniting minors with their families in their home country, effectively closing the loophole which allows the federal government to resettle them in the states at the taxpayer’s expense.

Removing incentives for illegal migration is an important first step toward restoring the efficiency of American tax dollars and sovereignty. Low-skilled immigrants, especially illegal aliens, receive far more in benefits than they pay in taxes. Accordingly, increasing the number of illegal aliens in the United States, as well as the number of government-funded benefit programs for which they are eligible, will only further exhaust already over-taxed American citizens.