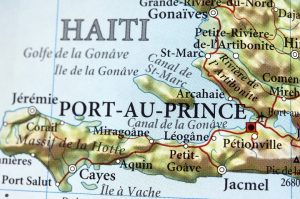 The Department of Homeland Security (DHS) announced September 22 that it had decided to resume normal deportations of Haitians. Haitian deportations have been restricted since the major earthquake in 2010 – although deportations of those who committed serious crimes or represented a security threat were resumed in 2011. DHS said the decision to resume deportations had been based on the fact that conditions in Haiti have recovered sufficiently from the earthquake to eliminate the need for special provisions.

What makes no sense is the announcement of renewed deportations also contained an explicit exemption for Haitians who have been granted Temporary Protected Status (TPS). TPS for Haitians in the U.S. was established in 2010 because of the earthquake and served as a means to shelter Haitians illegally in the U.S. from deportation. If the conditions in Haiti have improved sufficiently to permit normal deportations, they have improved sufficiently to terminate TPS.

But, if that were done, the work permits to the Haitian illegal aliens would also expire, and some of those Haitians might lose their jobs.  And that could attract unwanted news coverage as we get closer to the presidential election. Do you suppose there is a relationship?

It seems on this one, the administration gets to have it both ways:  the semblance of a hardening of the line on deportations to appease those concerned about immigration, while assuring those wanting open borders that there will be no significant change in actual deportations.