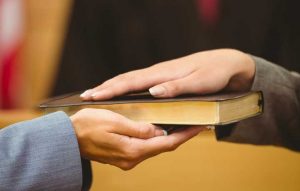 Congressman Pete Sessions (R-Tex.), chairman of the House Rules Committee, sent a letter to Homeland Security (DHS) Secretary Jeh Johnson demanding answers about how government granted citizenship to ineligible individuals from terrorist hotbed countries. The issue first came to light early last week when the DHS Inspector General published a report revealing that U.S. Citizenship and Immigration Services (USCIS) granted U.S. citizenship to 858 individuals from special interest countries who had been previously ordered deported. Then, later last week it was uncovered that the total was closer to 1,800! While processing errors at USCIS have sadly become commonplace during the Obama administration, the Inspector General report is particularly alarming because the individuals incorrectly given U.S. citizenship are all from countries that “are of concern to the national security of the United States.”

In a press release issued along with his letter to Secretary Johnson, Rep. Sessions declared, “Last week’s disturbing report from the Office of the Inspector General shined light on the failure of this Administration to effectively enforce our immigration laws. It is completely unacceptable to fraudulently grant the rights and liberties that come with U.S. citizenship to 1,800 virtually unknown individuals…. This Administration’s glaring lack of judgment has made a mockery of our immigration system and jeopardized our national security.”

citizenship naturalization USCIS
Previous ArticleSome Sanity in Temporary Protected Status
Next Article FAIR Op-ed: Immigration Reform is Not about What to Do for Illegal Aliens