You are at:Home»Immigration Issues»Crime»Yet Another Preventable Deadly Shooting Spree by a Criminal Illegal Alien 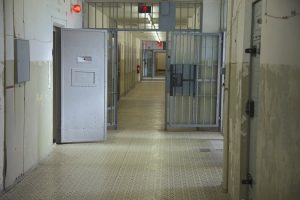 He had eight or more aliases, was previously convicted of multiple crimes, crossed the border illegally at least 35 times and had already been deported three times. Unfortunately, this is not the end of an extensive rap sheet for Juan Navarro Rios, a criminal illegal alien who was residing in Dallas, Texas.

Last Sunday, Rios, suspected of being high on drugs, began a deadly rampage by murdering 33-year-old Ruben Moreno in south Dallas. Soon thereafter, he carjacked and killed Welton Betts in the Dallas suburb of Cedar Hill. He then broke into a nearby home, stole the keys to a Lexus and drove three hours to his sister’s apartment Georgetown, just north of Austin. During this trip, he is also suspected of kidnapping a man at gunpoint and forcing him to withdraw money from an ATM.

Early Monday morning, after being successfully tracked by the police, Rios set fire to his sister’s apartment and attempted to flee the situation by breaking through a wall into a neighbor’s residence. Police then arrested him as he attempted to sneak down a stairwell and leave the complex. Authorities believe Rios’ victims were chosen at random, and he is now being held in a Dallas County jail while he awaits trial for their murders.

“For my brother’s life to end in his own truck it’s not right, just to be sitting there for hours until [police]found him,” Ruben Moreno’s brother Carlos told the Dallas Morning News. “It hurts, it really hurts.”

Tragic stories like this are becoming too common in American cities, highlighting the need to secure our southern border and enact true immigration reform. Elizabeth Bingham, a Dallas County Republican Party official, responded to Rios arrest raising the need to assign more Border Patrol agents to the southern border and permit existing officers to enforce the law. “We don’t have enough border-control people,” Bingham told WFAA Dallas. “If the system was operating in a manner that allowed Border Patrol to do their job, this would happen far less often,” she added.

If lawmakers are serious about stopping hardened criminal aliens like Juan Navarro Rios from returning to the United States, they must take action. Securing the border and removing the incentives that encourage unlawful re-entry are important first steps. This includes hiring more Border Patrol agents and empowering them with the resources needed to effectively do their job. American citizens should never have to fear the possibility of falling victim to a criminal alien. Properly enforcing our immigration laws instead of gutting them can minimize those fears.

Crime criminal alien
Previous ArticleEnsure that Immigration Questions are Asked at the Next Presidential Debate!
Next Article The Fruitlessness of the “Fruitless Wall” Argument