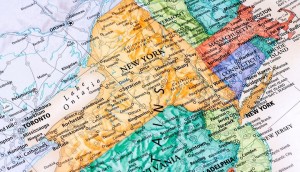 Four teenagers from Brentwood High School in Suffolk County, New York have been found dead this month. Fifteen-year-old Nisa Mickens and 16-year-old Kayla Cuevas’ bodies were found brutally beaten and abandoned not far from their homes. Days later, law enforcement discovered the skeletal remains of 19-year-old Oscar Acosta and 15-year-old Miguel Garcia-Moran in a remote industrial area of Brentwood. Authorities suspect illegal alien gang Mara Salvatrucha 13 (MS-13) is to blame for the killings and warned of increase gang activity on Long Island. Is Suffolk County, New York’s sanctuary policy at fault for contributing to the rise of gang activity in its communities?

Students from Brentwood High School commented that they no longer feel secure in their own community after learning of the killings. Many are afraid to walk alone or wear clothing that might offend gang members. “They don’t play around. If they don’t like you and if you do something to them, they will come after you,” stated one high school student who spoke anonymously because he was worried gangs would target him. “I’m not going to walk anywhere. We’re definitely more cautious about that. I don’t go out at night anymore.”

Sadly, Brentwood is just one of many communities in New York State reporting an increase of gang activity on their streets. Despite this troubling trend, the Suffolk County’s Sheriff’s Department prohibits its law enforcement officers from cooperating with federal immigration officials.

The 2014 sanctuary policy bans officers from arresting, detaining, or transporting anyone solely on the basis of an immigration detainer or an administrative immigration warrant, including an administrative immigration warrant in the National Crime Information Center database or a removal order. Sanctuary policies like Suffolk County’s stand as obstacles for federal officials to enforce immigration laws and allow notorious gangs like MS-13 to flourish by providing its members with a safe haven in which they can terrorize communities without fear of identification or deportation.

MS-13 originated in Los Angeles, California and was created in the 1980’s by illegal aliens from El Salvador. The gang has since expanded internationally and is active in many cities throughout the United States, as well as in El Salvador, Mexico, Guatemala, and Honduras. MS-13 activity is associated largely with human smuggling and illegal immigration into the United States, and is also known for its brutal killings that slash victims to death with knives and machetes.

Suffolk County’s policy deprives federal immigration officials of critical assistance it needs to remove dangerous criminal aliens from the country and allows criminal networks to grow. When local law enforcement ignore requests for cooperation by federal immigration officials, criminal aliens are able to reenter communities and engage in further criminal activity at the expense and safety of citizens and lawful aliens.