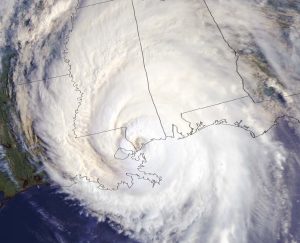 The headline in the October 7, 2016 Washington Examiner was “DHS suspends immigration enforcement near Hurricane Matthew.” The article played the story as a pragmatic stance intended to avoid interference in humanitarian situations where local officials didn’t want to continue to be responsible for jailing illegal or criminal aliens wanted for deportation by the Department of Homeland Security (DHS).

Based on past experience with hurricane Katrina when it devastated New Orleans in 2005, it is easy to be skeptical of the DHS’s motives. After Katrina, DHS also publically suspended enforcement operations, and illegal alien workers poured into the area looking for work as soon as the cleanup and rebuilding operations began. As a result, many low income local workers who lost their livelihoods because of the hurricane’s destruction complained that they were denied jobs because employers were taking advantage of the enormous influx of illegal workers’, willingness to work off-the-books for sub-standard wages.

Clearly, DHS failed to learn its lesson the first time.