You are at:Home»Immigration Blog Posts»Former Colorado Governor: Mass Immigration is an Environmental Issue

I wasn’t the only politician who understood mass immigration’s effects on the environment when I left the Colorado governor’s house in 1987, but there was certainly a lot more when I started.

Since the nineties onwards, the silence on the negative effects of runaway population growth in America has been deafening. This is why I’ve joined a lawsuit filed this week challenging our immigration authorities on failing to calculate the costs of their population growth-inducing policies.

Under the National Environmental Policy Act (NEPA), all federal agencies must take a “hard look” at every “major federal action” they commit to. 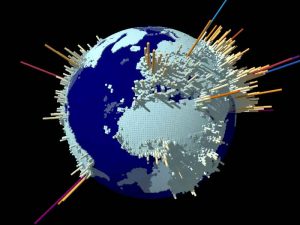 While it’s apparently been well-understood that, for instance, the Department of Transportation must analyze the environmental effects of any highways and byways it commissions, for the Homeland Security department, which implements policies that make those highways and byways necessary, it apparently isn’t. In fact, they’ve never made such an analysis on the effects of immigration. And they’ve been violating environmental law ever since.

I’ve lived in Colorado continuously since 1961. I was in the Colorado state legislature from 1967 to 1974, and I served as the governor of Colorado from 1975 to 1987, in both capacities as a member of the Democratic Party.

I’ve watched Colorado go from a lovely state with a high quality of life to a Colorado whose front range (from Pueblo to Fort. Collins) is rapidly becoming a Los Angeles of the Rockies. That unspoiled, beautiful Colorado that stirred me so deeply growing up has fallen prey to unchecked, immigration-induced population growth.