You are at:Home»Federal»Congress»From the Folks Who Brought You Double Digit Increases in Your Health Care Premiums… 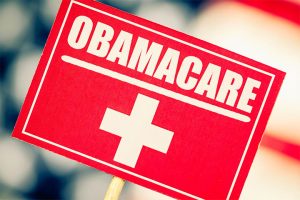 Heading into the final two weeks of the 2016 elections, the bombshell news is that health insurance premiums are set to spike next year. For those covered under the federally managed HealthCare.gov, the average increase will be 25 percent, with a ripple effect that is likely to affect everyone in the United States who has health insurance.

That’s not what was supposed to happen. The legislation that created this system was, after all, called the Affordable Care Act. The promise was that it would deliver quality health care to everyone at premiums people could afford. Very few people can afford a 25 percent increase, much less the 116 percent rate hike projected for some people who live in Arizona.

The next big government program that promises big benefits for everyone is the Gang of Eight immigration “reform” bill, version 2.0 (G8 2.0). That’s the one that promises to deliver amnesty for millions of “rigorously vetted” illegal aliens, millions more legal immigrants and guest workers, more prosperity for everyone, huge boosts to GDP, endless streams of revenue flowing into the Treasury, airtight borders, and every other good thing you can conjure up.

Many of the same members of Congress who were instrumental in getting the Affordable Care Act enacted, and who are still around, are gearing up for a big G8 2.0 push in 2017. Chuck Schumer (D-N.Y.) who, depending on what happens in the elections could be Senate Majority Leader come January, told CNBC that passing a massive amnesty bill would be the first item on his agenda.

Unlike the battle over Obamacare, Schumer is counting on the support of a significant number of Republicans to seal the deal on so-called immigration reform. Four of the original members of the Gang of Eight were Republicans and the bill cleared the Senate with a 68-32 majority.

The possibility of another serious effort to pass an immigration bill that allows Congress to claim credit for action now while sticking the American public with massive unintended consequences a few years down the road, falls squarely within parameters of what New York Times columnist Ross Douthat described as “the dangers of elite groupthink” that grips most major policy debates. “Almost every crisis that has come upon the West in the last 15 years has its roots in this establishmentarian type of folly,” he observed.

An almost unblemished record of being wrong about pretty much everything will in no way deter the ruling classes in Congress, the media, and in corporate board rooms from pushing full speed ahead with the next great folly: mass amnesty and unchecked immigration packaged as “reform” and “compromise.”