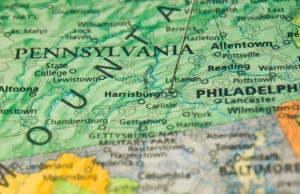 The Pennsylvania Senate amended and passed a House bill yesterday to rid sanctuary cities from the state.  Sanctuary policies tie the hands of law enforcement and impede the enforcement of immigration law by prohibiting law enforcement and other public officials from cooperating with U.S. Immigration and Customs Enforcement (ICE). House Bill 1885 puts a halt to such practices by banning sanctuary policies that restrict communication between state and local officials with federal agents and holding sanctuary cities liable for any harm caused by a criminal alien released from a sanctuary city’s custody. The House of Representatives approved the measure on October 17.

Representative Martina White (R-170) introduced HB 1885 to address the growing problem of sanctuary cities in the state and facilitate immigration enforcement efforts. Pennsylvania’s largest city, Philadelphia, has been considered a sanctuary city since 2014.

The House of Representatives must approve of all amendments made by the Senate before it can be sent to Governor Tom Wolf (D)’s desk. Governor Wolf must sign or veto HB 1885 within ten days of receipt, or else it will automatically become law. The Governor’s office not yet indicated whether he will sign or veto the measure.