You are at:Home»Immigration Blog Posts»The Fate of Undocumented Tech Workers 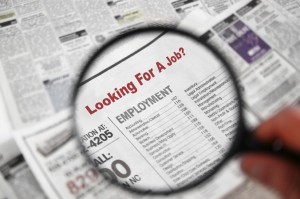 “Inc.” an online tech news outlet recently ran a piece entitled “As Election Looms, Undocumented Tech Workers Face Uncertainty Over Their Future.” The article bemoans the plight of aliens with technology backgrounds who are unlawfully present in the United States. It also highlights what’s wrong with most American media coverage of immigration issues. Although it does quote FAIR and Californians for Population Stabilization, the piece is inaccurate and far from balanced or objective.

First off, it uses the term “undocumented workers” to refer to immigration law violators. This is a blatant rhetorical device, intended to cast opprobrium on the appropriate term “illegal aliens.” Then it sets up a false dichotomy, quoting a Mexican illegal identified as Jorge Orrantia. He says, “Even though I have this high-tech education, I don’t have the freedom to go and apply wherever my services can be used.”

The author implies that Mr. Orrantia is suffering discrimination because he isn’t “free” to work in the United States. Of course, that implication sidesteps a crucial point. Mr. Orrantia lacks any authorization to live or work in the United States. He’s a trespasser. And nothing is keeping him from departing the country and returning to Mexico, where he can legally take any job he wants. Yet the American reader is supposed to feel ashamed because he’s not able to put his tech skills to use here.

From a humanitarian perspective, Mr. Orrantia may represent an empathetic case. He’s identified as a polio sufferer, who originally entered the U.S. seeking treatment. But one must wonder – who paid for his medical treatment and his education? A betting man would wager that Mr. Orrantia has been the beneficiary of significant amounts of American largesse. Every year, thousands of illegal aliens receive medical and educational benefits at taxpayer expense.

The article closes with the observation that “As Americans cast their votes [in the upcoming election], they could be deciding the fates of undocumented tech workers….” But this too is wildly inaccurate. The will of the American people regarding immigration has been clear for years – they want the law enforced. As such, Mr. Orrantia’s fate should be decided by an immigration court. The only people who don’t seem to understand that are mainstream journalists and establishment politicians.