You are at:Home»Immigration Blog Posts»Marie Antoinette is Alive and Well 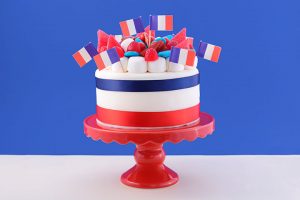 Yesterday, Nov. 2, was the 261st anniversary of Marie Antoinette’s birth. Marking the occasion (one day late), a British court honored the legacy of France’s last queen by demonstrating their own contempt for the concerns of the masses and the democratic will of the people by ruling that Prime Minister Theresa May does not have the authority to implement the Brexit that voters approved in June.

On Thursday, a London court blocked May’s attempt to implement Article 50, the mechanism under which the United Kingdom will negotiate its exit from the European Union, in accordance with the wishes of 52 percent of voters. The Brexit vote largely divided the UK between the economic, political and social elite who wanted to remain in the EU, and ordinary citizens who were fed up with EU bureaucracy and unchecked immigration.

The heirs to Marie Antoinette’s legacy are Gina Miller, Deir Santos, and Charlie Mullins. Within days of the voters overruling the ruling elite, these three began legal proceedings to overturn the democratic process. On Thursday a court ruled in their favor.

These events epitomize why so many people have lost faith in their governments. Under the court’s decision, Prime Minister May will have to consult with Parliament – folks who were elected by the people to represent their interests – to obtain permission to carry out the will of the people. But those in the ruling caste still trying to understand the roots of the populist wave sweeping across Western societies don’t seem to get how this type of elitist nullification fuels resentment of them by the middle and working classes.

Ms. Miller, the wife of an uber-rich London hedge fund manager, is being hailed as a hero by the London elite who were the mainstay of the “Remain” vote last June. But perhaps nothing captures the chasm between the ruling elite and their fellow citizens whom they disdain better than the Washington Post’s description of Charlie Mullins’ reaction to the court ruling. “[O]n Thursday he was outside the Royal Courts of Justice giving photographers a celebratory thumbs up next to his Rolls-Royce.”

Although Mullins didn’t say it before driving away in his Rolls-Royce (and Marie Antoinette probably never said it either), the message to the millions of British subjects who are struggling under the constraints and open borders policies dictated by the EU was, “Let them eat cake.”