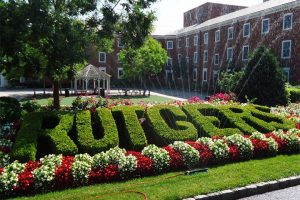 The Washington Times recently reported that the Rutgers University student paper  fired one of its reporters for attempting to use the i-word. Student journalist Aviv Khavich committed the unpardonable sin of referring to aliens illegally present in the United States as “illegal aliens.”  Apparently, the term has become a highly politicized and inflammatory. Khavich’s editors eventually replaced all instances of the offending verbiage with “undocumented immigrant,” prior to publishing his last column.

What’s the problem with the substitution? It is a deliberate attempt by open-borders advocates to nullify the impact of immigration laws they don’t like by controlling speech.

Improper Entry by an Alien is a crime punishable by up to six months in federal prison. Black’s law dictionary, the standard reference for legal terms, defines “alien” as “a foreign-born person who has not qualified as a citizen of the country.” Therefore, “illegal alien” is a factually and legally accurate description of a foreign national who has violated the law in order to enter the United States.

This construction shifts attention away from the crime committed by border jumpers and visa overstayers. It suggests that, but for their failure to deal with some pesky bureaucratic paperwork, they would be just as legal as a native born American. And it implies that even if they have committed a crime, it is a minor infraction roughly akin to a speeding violation.

George Orwell, in his book 1984, referred to this type of ambiguous, euphemistic use of words as “newspeak.” He also noted that language “becomes ugly and inaccurate because our thoughts are foolish.” Our government’s thoughts about immigration have been utterly foolhardy for nearly half a century. The replacement of “illegal alien” with “undocumented immigrant” is a perfect example of the ugly and inaccurate language that results from those thoughts. Kudos to Mr. Khavich for protesting the use of newspeak and standing up for the truth.