You are at:Home»Immigration Issues»Border Security»The American Public Doesn’t Want Criminals and Illegal Aliens in Control of Our Borders 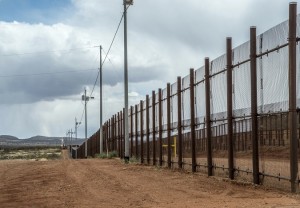 Alex Nowrasteh, an immigration analyst for the libertarian Cato Institute, recently published a piece in The Hill arguing that President-elect Trump’s proposed border control plans won’t “normalize immigration.” His argument goes like this: A study published in the journal Political Psychology has found that people in Canada, the U.K., and the U.S. favor immigration when they perceive that the government is in control of borders. When they perceive a lack of government control over borders, they do not. Therefore, any increased enforcement efforts by the Trump administration will only promote dissatisfaction because it would “increase the perception of chaos.”

Mr. Nowrasteh claims that his point is proven by the fact that illegal aliens responded to the 1990’s expansion of the Border Patrol by hiring smugglers and “taking boats up the coast to avoid the border altogether” (as if the coasts are not territorial borders). In other words, Mr. Nowrasteh believes that enforcement will only generate more crime. Therefore, we should reduce enforcement in order to keep crime at a manageable level and demonstrate that we’re in control. Does this remind anyone of Orwell’s totalitarian “Big Brother” proclaiming “freedom is slavery,” “war is peace”?

The fact is the United States has had a dysfunctional immigration system for so long that we no longer have any idea what “normal” looks like. Donald Trump realized that the American people don’t think it is a good idea to let criminals and illegal aliens set our border control agenda. That’s why he won the election. Should he succeed in building a reasonable, effective immigration strategy, there is absolutely no indication the American people will change their minds and begin demanding a return to irresponsible policies. At the ballot box, they sent a very clear message that they’re tired of being ignored when it comes to immigration.