You are at:Home»Immigration Issues»Asylum & Refugees»Echoes of Rome’s Fall in the EU Migrant Crisis 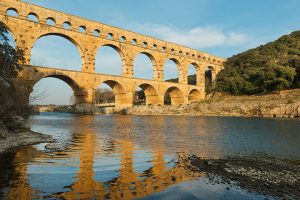 George Santayana famously said that those who cannot remember history are condemned to repeat it.  However, it might be more correct to say that those who cannot recall relevant history will see the errors of the past repeated.  And the handling of the European Union (EU) migrant crisis is a perfect example of why the qualifier is necessary.

Much of the bad policy driving the EU migrant crisis is motivated by a desire to avoid a recurrence of the human rights violations committed during World War II. The popular narrative goes something like this: Only blind, slavish devotion to multi-culturalism can prevent the type of pernicious nationalism that led to the formation of the Nazi party and its fascist affiliates throughout Europe.

So, the nations of the EU admit the unceasing stream of refugees from the Middle East in order to demonstrate that they have transcended their past. What’s worse, they don’t require these new arrivals to learn European customs or conform to European standards of behavior. Increasingly, they’re also hauling anyone who speaks out about the problem into court and charging them with “hate crimes.”

But Europe is focusing on the wrong chapter of its history. The strategic errors of the Roman Empire provide lessons much more pertinent to the handling of the current migrant crisis than anything that can be gleaned from the moral failings of 20th Century dictatorships. Accepting refugees in reasonable numbers that can be effectively assimilated won’t lead to fascism.  However, blindly accepting massive numbers of refugees to avoid political confrontation or military action killed Europe once before.

The original Euro super state, the Roman Empire, fell because it mismanaged a refugee crisis.  In the late 300’s the Huns drove the Goths out of their ancestral homelands. The Goths turned to Rome for refuge. Preferring to avoid any type of conflict, Rome’s political leaders negotiated a deal. They agreed to grant the Goths citizenship in return for military service and labor on Roman farmlands.

The Goths poured into the Empire by the hundreds of thousands, overwhelming local authorities. Considering their culture superior to that of the Romans, the Goths refused to assimilate. In 378 A.D. they rose up and defeated the Roman army at the battle of Adrianople. The Eastern Empire fell.  Only a century later, the remainder of the Roman Empire had been entirely overrun by Goths, Gauls, and related tribes. And Romans found themselves with no choice but to adapt to the now dominant foreign cultures.

There are obvious parallels between the situation faced by Rome during its last century and that currently faced by the European Union. It remains to be seen whether Europe’s preoccupation with its recent past will cause it to repeat the strategic errors of its distant past.