You are at:Home»Immigration Blog Posts»DC to Use Taxpayer Money to Pay for Illegal Alien Legal Defense Fees 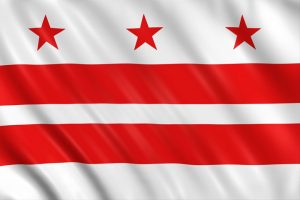 Mayor Muriel Bowser (D) announced this week that the District of Columbia will begin awarding taxpayer-funded grants to defense lawyers and nonprofit organizations to represent illegal alien residents facing immigration or other law enforcement proceedings. The $500,000 fund was created in a response to the election of Donald Trump, whose platform promised increasing border security and enforcing federal immigration law, despite a federal law prohibiting the expenditure of government money on legal representation for aliens in immigration matters. Trump’s platform energized American voters largely because of his pledges to enforce  immigration laws  and  combat sanctuary cities.

The city will contribute part of the fund to help illegal alien residents obtain representation to apply for asylum or other forms of relief currently available under the Obama Administration’s policies. Removal proceedings, as well as asylum and other adjustment of status proceedings, are civil proceedings. Publicly funded legal representation for civil proceedings is generally something that is not provided to U.S. citizens who face civil legal issues, such as foreclosures, evictions proceedings, child custody cases, or divorce proceedings. Aliens that wish to be represented by legal counsel are free to do so, but federal law stipulates that it must be at no cost to the government.

The $500,000 fund is another piece to the city’s efforts to obstruct the enforcement of federal law. Despite being home to the federal government, the DC City Council passed legislation in 2012 to prohibit law enforcement from cooperating with federal immigration officials and force officers to release criminal aliens back onto the streets instead of transferring them to federal custody. The City Council also passed legislation in 2013 to allow illegal aliens to receive driver’s licenses without meeting minimal documentary standards set under the federal REAL ID Act.