You are at:Home»Immigration Issues»Border Security»ICE and CBP Turned Into an Illegal Alien Shuttle Service 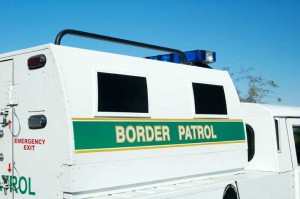 Most American taxpayers believe that the function of their immigration enforcement agencies, U.S. Immigration and Customs Enforcement (ICE) and U.S. Customs and Border Protection (CBP), is to secure the borders and enforce immigration law. Apparently the current administration doesn’t agree. In the last days of his final term, president Obama has turned ICE and CBP into a taxpayer-funded shuttle service for illegal aliens.

Breitbart is reporting that ICE officials are releasing illegal aliens from immigration detention centers and transporting them to bus stations and airports so that they can travel to destinations across the United States. In 2014, the union that represents Border Patrol agents stated that the Transportation Security Administration (TSA) began allowing illegal aliens to fly on commercial airliners without valid identification. Apparently, the dangerous practice has been continued in order to facilitate the dispersal of as many of the recently-arrived illegals before President-elect Donald Trump takes office.

The scam works like this: ICE or CBP apprehends illegal aliens. (In many cases the aliens intentionally seek out CBP and turn themselves in, hoping to secure immigration benefits under the latest program.) The aliens are then transported to a detention center for “processing.” Rather than conducting any in-depth background checks and detaining the aliens until they can be removed from the United States, immigration officials issue them a Notice to Appear – a document instructing them to appear before the Immigration Court for a deportation hearing. The majority then simply disappear into the interior of the United States. If they are encountered by immigration authorities again, it is usually when they are arrested by local law enforcement for committing a crime and referred to ICE.

ICE has officially acknowledged its reckless actions in a press release issued to KGNS TV in Texas, stating: “During the recent increase of individuals illegally entering the United States in south Texas, individuals who have final destinations within the U.S. are identified and transported to bus terminals and airports.”

If that seems a bit strange, it should. Nearly all illegal aliens have a final destination within the U.S. It’s extremely rare to find any transiting the lower 48 on their way to Canada or Greenland. That’s why we have ICE and CBP. Their function is to interdict illegal aliens before they reach their American terminus and remove them. Unfortunately, President Obama appears to have turned the two primary immigration enforcement agencies into a taxpayer-funded convenience for illegal aliens – many of whom may later prove to be drug traffickers, terrorists and violent criminals.