You are at:Home»Federal»Senator Sessions Needs Your Help NOW! 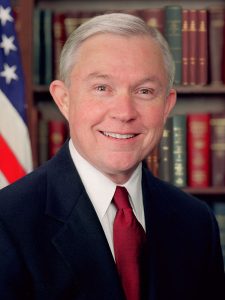 Despite being overwhelmingly qualified to serve as Attorney General, true immigration reformer Sen. Jeff Sessions is being unfairly attacked simply because he fought for the American people and thwarted mass amnesty legislation. In an unprecedented step, pro-amnesty Senate Democrats have launched an all-out assault on Sessions’ candidacy—a break in Senate tradition never seen in the history of our nation. Relying on baseless accusations and a desire to favor illegal aliens over American citizens, every Democratic Senator on the Judiciary Committee voted against Sessions when the committee advanced his nomination to the full Senate.

We need your help NOW to make sure the Senate confirms Sessions as Attorney General! Take these simple steps TODAY to show that the American people support Jeff Sessions:

1. Sign this letter of support of Sessions’ candidacy.
2. Tell your Senators you expect them to vote to confirm Senator Sessions.
3. Use the hashtag #ConfirmSessions on your social media.