You are at:Home»Federal»Has the Media Gone Off the Deep End When it Comes to Immigration? 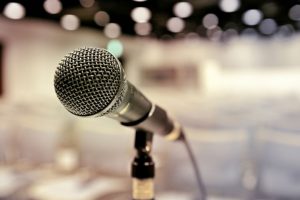 CNN’s Ray Sanchez recently published a piece entitled “Immigration Ban? We Were There Exactly 100 Years Ago Today,” claiming that the Trump administration’s Executive Orders (EO) on immigration are “eerily similar” to the Immigration Act of 1917. It also maintains that they target “some of the same people,” implying that the1917 legislation was simply a jingoistic error.

But is he correct? Not really. First, he mischaracterizes the nature of the restrictions in the 1917 act. Those allegedly “targeted” were, among others, prostitutes and their traffickers, those who advocate the overthrow of the U.S. government by force or violence and anyone who would advocate killing of US officers or officials. Every single one of those classes of aliens is still barred by Section 212 of the Immigration and Nationality Act (INA), with good reason – they all constitute threats to the national security or public safety of the United States. And they have consistently been barred from the United States for at least the last century. It’s probably safe to say that no one wants to live next door to foreign criminals, terrorists, and human traffickers.

Secondly, Sanchez implies that President Trump is, somehow, altering the current state of immigration law. But the president does not have the authority to amend the Immigration and Nationality Act. Only Congress can do that. The president can, however, implement programs intended to execute the authorities delegated to him by Congress.

And with the current EOs, the president has done just that. He has exercised authority which he already possesses, pursuant to 8 U.S.C. § 1182(f), to place a temporary moratorium on immigration from a very small list of countries, all of which are designated state sponsors of terror or listed on the index of failed states. Rather than changing immigration law, the EOs simply put existing immigration law into effect.

If CNN is in favor of open borders, and doesn’t approve of the current provisions of the INA, it should say so. But deliberately serving up inaccurate comparisons to mislead readers is a violation of journalistic ethics. Unfortunately, CNN and most of the rest of the mainstream media appear to have gone off the deep end when it comes to covering immigration. The public is consistently bombarded with stories that are legally, factually and historically erroneous. Rather than attempt to report accurately and objectively on immigration issues, the media seem determined to exert ideological influence on the immigration debate. That’s bad news for those who see immigration as a rule of law and national security issue.