You are at:Home»Immigration Issues»Crime»Mom of Son Brutally Killed by Illegal Alien “Disgusted” Over DACA Gridlock

Democrats are doubling down on demands that Congress protect “DREAMers” as part of any compromise to avert a government shutdown.  House Minority Leader Nancy Pelosi (D-Calif.) has stated they “will not leave here, without a DACA fix.” The threat from Pelosi comes as thousands of illegal alien activists stage displays of civil disobedience across the country to get lawmakers to push through a legislative amnesty.  Many of them are DACA recipients who claim they’ve been victimized by a broken immigration system.

But who are the real victims?

“Families like mine don’t have the option of skyping my son or emailing my son or calling him on the phone,” says Maureen Maloney of Milford, MA, the mother of 23-year-old Matthew Denice who was killed by a criminal alien. “If these DACA recipients are sent back to their native country they can do that.” 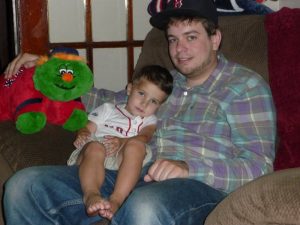 Maloney is a co-founder of AVIAC (Advocates for Victims of Illegal Alien Crime) and is no stranger to loss.  Her son was killed in 2011 in a grisly car accident perpetrated by an illegal alien from Ecuador.

Nicolas Guaman was driving drunk when he ran through a stop sign and hit Denice who was riding a motorcycle. Denice rolled over the hood of Guaman’s truck and crashed into the windshield before Guaman ultimately fled the scene “and when he fled Matthew was lodged underneath the truck and dragged a quarter of a mile to his death,” says Maloney. “While he was screaming there were witnesses, people were pounding on the truck trying to get the driver to stop.”  She says Denice finally became dislodged when Guaman hit a curve… but then he ran over Denice again. Guaman was convicted in 2014 of manslaughter and is currently serving a 12- to 14-year sentence. 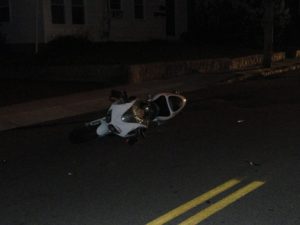 “If that illegal alien who killed my son wasn’t in this country, my son would be alive, if these illegal aliens were not in the country all of our children would be alive.” Maloney says she is confounded by the gridlock in Congress over amnesty for illegal aliens. “Isn’t it disgusting that they’re willing to put the DACA recipients ahead of all the Americans in this county? They should be focusing on making American’s safe.”

Open borders advocates have been flooding news outlets with stories about the “hardships” that DACA recipients are going through.  “We’re so outnumbered and the media chooses to ignore the victims – the true victims of illegal alien crime,” says Maloney.

For families of illegal alien crime, they feel victimized twice.  Once by the actual crime itself and a second time by a broken immigration system that allowed the perpetrator to stay in the country.  The most recent example of that is the Kate Steinle case, where criminal alien Jose Ines Garcia Zarate (who had been deported five times) was acquitted in her killing.  Steinle’s father says “justice was rendered but it was not served,” and the family refused to attend court during the verdict.

Maloney watched the case closely, because she too had to sit through a similar trial. “The things that come out in trial are things you never even think about as a parent,” says Maloney. “The trial really does re-traumatize you because suddenly you’re hearing about blood splatter, the fingerprints as (Matthew) is trying to claw his way up the hood, as he’s trying to stop himself from being dragged.”

“It takes a couple of years to get over the shock.” 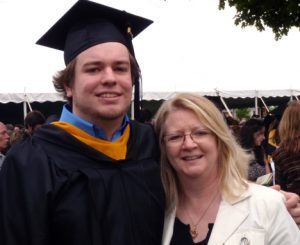