You are at:Home»Law & Justice»Man Confronts Illegal Alien who stole his ID

“I’m wondering how I’m going to put food on the table,” says David Omlor, whose Social Security number was stolen by an illegal alien. “And the Department of Labor’s telling me I’m working.”

Omlor lost his job last year and tried to file for unemployment benefits but was turned down by the state of Georgia – because according to their records he was still working – at one of the largest construction firms in the state.  It was part of a nightmare discovery where Omlor found out his identification was stolen by an illegal alien. 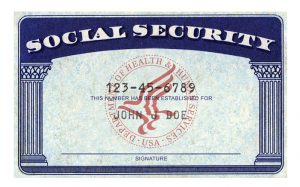 A FOX 5 Atlanta investigation revealed that Omlor’s name and Social Security number had been stolen by an illegal alien who used it to work in the country for 10 years, at 21 different jobs.  After his arrest, the illegal alien, Juan Carlos-Estrada Hernandez, said he purchased Omlor’s Social Security number at a flea market for a few hundred dollars.

Estrada Hernandez pleaded guilty to forgery in the fourth degree and was sentenced to 10 years’ probation, fined $1,000 and ordered to pay Omlor $5,000 for the pain he caused him.  And even though Estrada Hernandez had been using Omlor’s identification to work in the country illegally for years he still had one more “favor” to ask of him.

Estrada Hernandez wanted to meet Omlor face to face to explain why he did what he did.

“He apologized a few times,” said Omlor. “He shook my hand.”

For people like Omlor who are victims of ID theft by illegal aliens, an “apology” falls far short of the pain and frustration it causes. For years Omlor had received IRS letters and audits insisting he had extra income he didn’t claim.  A report by the Center for Immigration Studies reveals that about 75 percent of working-age illegal aliens use fraudulent Social Security cards to work in the United States. 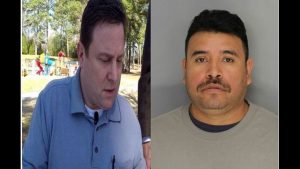