You are at:Home»Immigration Issues»Asylum & Refugees»Unaccompanied Minors Are Treated Better than Many American Kids, But that’s Not a Reality the Media Want to Report

The advocates for unchecked illegal immigration are going berserk over the fact that Trump administration is attempting to prevent parents and other adults from using children as human shields and a free pass into the United States. For years, adults have been taking advantage of loopholes in our laws that allow illegal alien minors to pursue a claim to remain here, and a court settlement that limits detention of families with children to just 20 days.

Even though law enforcement routinely separates lawbreaking parents from their kids, when it comes to immigration law violators, the illegal alien advocacy industry and their media enablers describe the practice as “cruel” – and that is one of the kinder adjectives they employ.

The day Donald Trump took office, their need to press this false narrative became manic. Now, words alone are not enough to press their case. They need a picture that shifts the argument from facts to feelings. And they found one – this one. 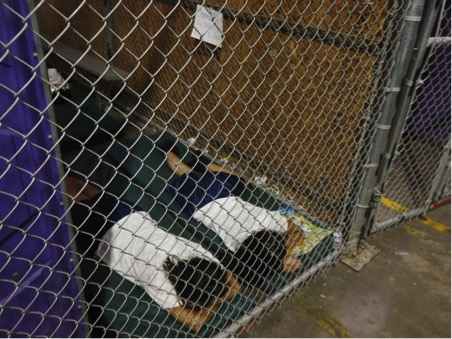 The picture of two kids in a holding cage is proof positive of Donald Trump’s and America’s inhumanity. It is a picture that has been plastered all over social media and in some news reports. There’s just one problem: The picture is from the June 18, 2014 edition of the Arizona Republic – a time when Trump was still firing apprentices on TV, not “ripping children from their parents.” The summer of 2014 was the apex of the last “border surge,” and the fenced in area could well have been an effort, amidst the chaos, to segregate unaccompanied minors from the rest of the detainee population that included MS-13 members, pedophiles, and other criminals. 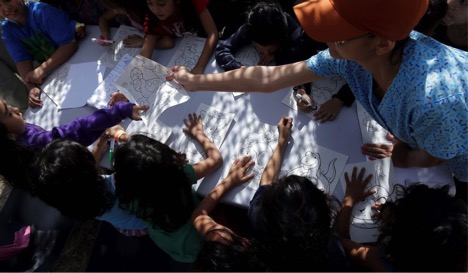 This one was taken recently by an Associated Press photographer showing how children who arrived here on their own, or whose parents are being held in custody, spend their days while in government care. It accompanied a Washington Times story that indicates that American taxpayers are spending $670 per day, per child, to provide clean comfortable accommodations with cable TV, unlimited nutritious food, outings to bowling alleys and museums, and access to athletic facilities and yoga.

Obviously, this is not the picture that the open borders advocates want the public to see. Nor is it a reality that their media amen chorus wants to report.

People are free to disagree with the policies of this or any other administration. What they should not be able to get away with is lying. Whether it is claiming that the government lost nearly 1,500 children, when in fact they are being hidden by the guardians in whose care they were placed, or whether it is circulating a four-year-old photo that was taken when Barack Obama was president.

The truth still matters. Or at least it should.