You are at:Home»Federal»Congress»House GOP Retreat on American People 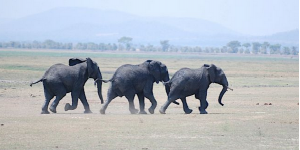 On Thursday, the House Republican leadership waved the white flag and are now attempting to surrender America’s sovereignty to the open borders lobby by officially endorsing amnesty legislation. Tellingly, the two-page document, titled “Standards for Immigration Reform,” adopts the language of amnesty advocates by generically stating that “[o]ur nation’s immigration system is broken” and even referring to illegal aliens as “Individuals Living Outside the Rule of Law.”

The main component of the proposal is a large-scale amnesty for the 12 million illegal aliens in the United States. The plan calls for illegal aliens to “come forward” and “admit their culpability,” undergo “rigorous” background checks, pay “significant” fines and back taxes, learn English and civics, and be able to financially support themselves so they can “get right with the law.” If this sounds familiar, that’s because these eligibility standards are nearly identical to the Senate Gang of Eight’s outline last January before they released their mass guest worker amnesty bill! Perhaps wanting to sound tough on enforcement, Speaker John Boehner (R-Ohio) & Co. added the adjectives “rigorous” and “significant” to prove they really, really mean it. The GOP leaders claim, much like the Gang of Eight talking points, that “[c]riminal aliens, gang members, and sex offenders” will be ineligible for amnesty. Of course, we know that the Gang of Eight lied about criminal aliens and gang members not being eligible for amnesty as well as lying about the requirement to pay back taxes and learn English.

In addition to this one-size-fits-all amnesty provision, the House GOP plan calls for an expedited path to citizenship for minors, or “DREAMers” as amnesty proponents refer to them.

Regarding enforcement, the Republican plan uses broad statements of “securing our country’s borders, enforcing our laws, and implementing robust enforcement measures.” Interestingly, the workplace enforcement point does not specifically mention the highly effective E-Verify program. If you guessed that the Senate bill also gutted E-Verify in favor of building a new program from scratch, you would be correct. Moreover, the plan declares that “[w]e must secure our borders now” but does not specifically call for any border fencing. The proposal also includes a cursory statement on implementing a biometric entry-exit system which has been required by law for years.

Remarkably, the House GOP appears to have abandoned the American worker in favor of special interests. With only three percent of American adults rating immigration as “the most important problem facing this country,” and 52 percent of Republicans and 42 percent of independents saying they would be less likely to vote for politicians who support a “path to citizenship for illegal immigrants,” clearly the GOP is not listening to its constituents. Instead, they are listening to special interests like Facebook’s Mark Zuckerberg—who, for what he lacks in substantive knowledge of immigration policy, apparently makes up for with his checkbook.

Finally, given that the U.S. Chamber of Commerce clearly played a role in drafting these so-called principles, you would think their high paid lobbyists would know the difference between “principles” and “principals.” Apparently not, as the GOP document foolishly declares: “These are the principals [sic]guiding us in that effort.” (emphasis added)