You are at:Home»Immigration Issues»Education»Debt and Taxes: How Immigration Is Changing Our Schools (Even If No One Is Allowed to Talk About It) 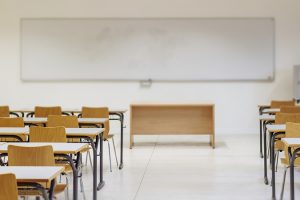 The United States stands on the cusp of profound changes in its schools. Parents and taxpayers, get used to the new reality: increased tax burdens to pay for services and schools to accommodate new immigrants – including those here illegally and the children of those who came here illegally. But the subject is taboo because political correctness has stymied opposition to unfettered immigration, legal or otherwise.

There are many indicators that our schools are under strain from the recent wave of immigration, including tens of thousands of unaccompanied alien minors who crossed the border from Central America. Schools are required to provide services to anyone who shows up due to the Supreme Court’s 1982 Plyler v. Doe decision.

The federal government has sent 507 unaccompanied alien minors (UAM) who came across the border in the last three years to Nashville.

In a probing article, Nashville English teacher Wendy Wilson asks the prescient question “how much immigration diversity is too much?” and bemoans the politically correct culture that stifles any discussion of the issue.

The numbers in Nashville are staggering: almost one third of students in the public schools speak a primary language other than English. In 2008, 8,751 students required English language services, a number that has ballooned to 12,329 today. The district plans to hire 18 new teaching, supervisory and outreach positions to serve this population and two new schools with 855 total students opened in 2015. ELL costs rose 22 percent in 2015-2016 to around $16 million.

Now come allegations of lowered standards in Nashville, where district administrators are accused of gaming test scores to keep ELL students from dragging down overall school results. The same thing happened in El Paso: school officials manipulated computer records to allow low-performing students to skip out of statewide assessments given to 10th grade students, which are used to evaluate school performance. Other students simply disappeared from the school rolls. The school superintendent served a three-year prison term for his part in the cover up.

Government officials and their education lackeys, writes Wilson, want it all: “a welcome mat rolled out for immigrants who require numerous supports, and high graduation rates and test scores.” Don’t forget balanced budgets.

But dialogue on the impact of unfettered immigration on education – in Nashville or anywhere else – is nonexistent because the current political climate will not tolerate an evenhanded discussion on the issue. “One shouldn’t have to fear being tarnished as anti-immigrant for concerns about the strain on public schools,” writes Wilson.

“American families shouldn’t be made to feel like they’re ignorant if they wonder about the quality of a neighborhood school that has gone global, serving numerous students with language barriers and low skills,” she writes. “And educators, social workers, and others shouldn’t have to fear being presumed heartless for thinking, like me, that our immigration system has spiraled out of control.”

As Wilson indicates, those who question our chaotic immigration system and its effects are being shouted down and American schoolchildren and taxpayers must pick up the tab.