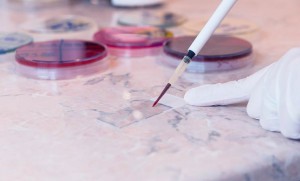 An illegal immigrant at Arizona’s Eloy Detention center is at the center of an ongoing measles outbreak, according to state health officials. The detainee contracted the illness before his arrest and assignment to Eloy, where 11 inmates and staff are infected and is under complete quarantine to prevent the virus from spreading outside the facility.

Despite all 11 reported cases being isolated inside the detainment center, the infected visited at least 14 outside locations in the days and weeks prior to developing symptoms. Individuals can be infected with measles up to three weeks before showing symptoms and the disease can survive on surfaces up to two hours after leaving the host, according to the Center for Disease Control and Prevention.

The United States eradicated measles by 2000 by achieving herd-immunization, but immigration and a movement by anti-vaccination activists have led to an increase in reported cases. Because other once-banished diseases like tuberculosis, along with the new Zika virus, know no borders, illegal immigration enhances the threat of reintroduction because many migrants never received basic health screenings before entering the United States.

The federal government employs minimal safeguards and procedures to ensure that illegal immigrants are free from contagious diseases like measles or Zika. In February, Department of Homeland Security officials admitted that they only check for symptoms and tangible signs of illness instead of conducting full medical screenings. Border agents then release many of these immigrants into society as a part of the Obama administration’s controversial “catch and release” policy, so immigrants in the pre-symptom phase of a dangerous disease will likely be released to potentially affect others.

Elsewhere, 22 percent of Somalian refugees currently being resettled in Minnesota have tuberculosis, a serious respiratory virus that is easily spread through airborne droplets. Taxpayers cover all associated healthcare costs, which run between $17,000 and $430,000 per patient on average, depending on the severity of condition.

With the return of these serious diseases, it is imperative that the United States monitor and inspect everyone who visits or emigrates from at-risk countries. The Obama administration is asking Congress to allocate $1.9 billion to combat the spread of Zika, but any measure taken by the federal government will have limited results unless it prioritizes border security and immigration reform. Because as long as the federal government fails to stop unchecked illegal immigration from at-risk countries, they are unable reasonably insure the safety and health of American citizens.