You are at:Home»Immigration Blog Posts»Economist Notes the Non-Economic Issues of Mass Immigration 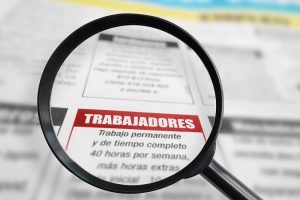 (Note: This blog addresses the Wall Street Journal’s review of George Borjas’s new book, We Wanted Workers, not the book itself.)

The Wall Street Journal has been pretty clear about its position on immigration for at least the past 30 years. They believe that the demands of “the economy” (an amorphous, unaccountable entity) should dictate immigration policy. They don’t just think it; they believe it with such a religious fervor that they rarely even entertain views that diverge from their open borders dogma.

Thus, the paper’s evenhanded review of George Borjas’s new book, We Wanted Workers, is notable. Borjas, a Harvard economist, has done extensive research about the impact of mass immigration on native workers and found that those who compete directly with immigrant workers are harmed, those who do not compete directly receive no real economic benefit from the presence of millions of immigrant, while a small number of employers benefit significantly.

The reviewer, George Melloan, a former deputy editor and columnist for the Journal, makes it evident that he is not persuaded by Borjas’s economic arguments against mass immigration, but grudgingly acknowledges that Borjas might have a point about the non-economic effects of mass immigration. Some of the arguments put forth in We Wanted Workers are “meant as a put-down of the theoretical view of immigrants as merely productive robots, not actual human beings who make decisions, use public services and sometimes create social conflicts. The economic benefits from their production, in short, come with costs,” Melloan writes.

Melloan appears to miss the larger point that these other “costs” are the driving force behind growing discontent over immigration policy in the United States, and the expressed views of the electorate in the United Kingdom who voted their nation out of the European Union earlier this year.

With the caveat that I have not read the book yet, the title suggests that Borjas may have missed an important point as well. We didn’t actually want lots of foreign workers. It was a small number of economic, political and social elite who wanted (and continue to want) mass immigration, and who are shoving it down the throats of everyone else.