You are at:Home»State & Local»Groups in Mexico Push to Reclaim California, End Hidalgo Treaty

As open borders lobbyists push for an amnesty by way of a “DACA fix” or the DREAM Act, others are challenging the legitimacy of the current U.S. – Mexico border.  Some prominent Mexicans are making the case that Mexico should return to its 1848 boundaries, by eliminating the Treaty of Guadalupe Hidalgo, a treaty that gave the U.S. large swaths of territory in the southwest.  These were territories that were in dispute after the end of Spanish colonial rule in the area. At the end of the Mexican-American War, some 90 percent of residents in these territories chose to become U.S. citizens rather than Mexican citizens.

“The Mexican community on both sides of the border must be in solidarity and demand that the government go before the International Court of Justice of the United Nations and demand the revocation of the Hidalgo Treaty and compensation in the form of citizenship.”  Reads a statement from the group Mexico Defends Yours. “Enough is enough! Stop the deportations!” 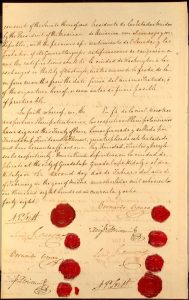 (Treaty of Hidalgo from Library of Congress)

The group attempts to make the case that territory in certain states was illegally gained by the United States Army during the Mexican – American War.  And so there is no such thing as an illegal alien.  “We are one, with or without papers,” they allege.

Separately, Cuauhtemoc Cardenas, a left-wing politician and former presidential candidate in Mexico, has also called for the Mexican Government to bring a lawsuit against the U.S. in the International Court of Justice.    Cardenas’ attorney has promised to make a “strong and tough case… They [The U.S. Army] were in Mexican territory in a military invasion.” Acknowledging the practical impossibility of recovering lost territory, Cardenas instead wants monetary compensation for the United States use of the land over the past 168 years. In order for Cardenas case to be taken up, Mexico’s President Enrique Pena Nieto would have to adopt the suit.  Nieto has declined to do so, but it could become an issue during Mexico’s next presidential election in July 2018.

Cardenas currently leads the organization “Por Mexico Hoy” or “For Mexico Today,” which according to its mission statement seeks to build “towards a sovereign country, of equals with justice and freedom.”

The thought that Cardenas’ and other groups would be making a push for Mexico to recover losses because of an “illegal” occupation by the U.S. in states like California is ironic, to say the least.  California has become a sanctuary state, harboring millions of illegal immigrants, the majority of whom are from Latin America.  California Governor Jerry Brown has even begun pardoning illegal aliens facing deportation.

This type of deference to illegal aliens by states like California has clearly emboldened some of the open border lobby in Mexico.  But make no mistake, even if such a lawsuit to end the Treaty of Guadalupe Hidalgo is taken up by the Pena Nieto administration it likely has a slim chance of ever succeeding in the courts. 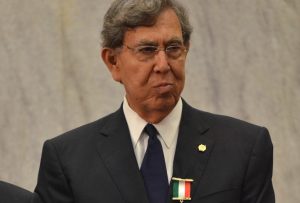