You are at:Home»Federal»Amnesty, by Any Other Name, Smells as Sweet to Illegal Aliens 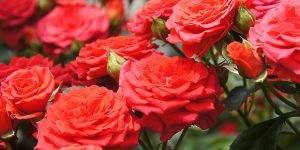 In an open letter to the amnesty movement, illegal alien activists say they will accept bills which grant legal status short of citizenship.  However, if any sort of legalization happens, these activists promise to “keep fighting for more” rights.  Clearly, citizenship is not off their agenda.  It is the agenda of amnesty, and activists are utilizing word games to get it in increments.

Negotiating on a legalization bill is a strategy to capitalize on amnesty word games.   The pro-amnesty lobby has long been trying to narrowly define “amnesty” to lull people into a false sense of security that what is being endorsed is not even associated with the dirty “amnesty” word.  Unfortunately, they already seem to be winning over some House Republican leaders with these word games.  Several Members of Congress, including House Majority Whip Kevin McCarthy (R-Calif.) and House Judiciary Chairman Bob Goodlatte (R-Va.), have adopted this distinction, and thus, contradicted themselves on their amnesty stance.  These lawmakers advance supposedly less controversial policies like “finding the appropriate legal status” and “path to citizenship” but simultaneously declare they oppose amnesty.

While the short-term strategies of the amnesty lobby may be shifting, the endgame is still the same.  They want citizenship but have broken the law.  Immigrants who go through the naturalization process the legal way do not have such a privilege.  It’s unfair to grant illegal aliens such a privilege.  No matter whether the proposal is “appropriate legal status” or “pathway to citizenship,” or whether you call it “amnesty” or “amnesty plus,” it’s still bad immigration policy.