You are at:Home»Jobs & Economy»GOP Bid to Flood Labor Market Comes Amid Alarming Signs of Economic Weakness 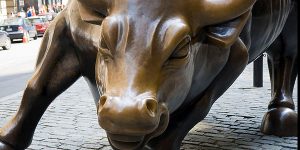 You may be feeling a bit poorer today. As the week comes to a close on Wall Street, all the major stock indices are down. Way down.

All it took send U.S. and international markets into a tailspin was a hint earlier this week by out-going Federal Reserve Chairman Ben Bernanke that the Fed might scale back its bond-buying spree (known by the inscrutable term, Quantitative Easing) to a “mere” $65 billion a month. What the markets are saying is that without the Fed pumping vast amounts of money into the economy, there is little confidence that we won’t slip back into recession, or worse.  Of course, when the economy slips into recession (or worse), lots of jobs go with it – especially those jobs that have depended on the massive infusions of cash from the Fed.

Meanwhile, in the alternative universe known as Washington, D.C., top Republican lawmakers in the House are cooking up a scheme to add massive infusions of workers. House GOP leaders are preparing a package of immigration “reform” bills that are expected to include mass amnesty for illegal aliens and large increases in new immigration, just as the markets are providing empirical evidence that we couldn’t even sustain the lousy job market we’ve got now without Bernanke (or soon, Janet Yellen) priming the pump.

Some might wonder why Republican leaders aren’t spending their time devising real fixes to an economy that gets weak in the knees at the suggestion that the Fed might take its foot off the gas just a little bit. Some might also wonder why they’d be trying to boost the labor supply when the economy is barely sputtering along and job creation is anemic. One thing no one will wonder about is why Congress’s approval rating is hovering around the single digits.

Disclaimer: President Obama and the Democrats deserve every bit as much scorn. They are actively betraying the interests of working Americans – the people whose interests they claim to represent. It’s just that, right now, the ball is in the Republicans’ court.