You are at:Home»Immigration Issues»Education»Who Are You Rooting For, Mr. President? 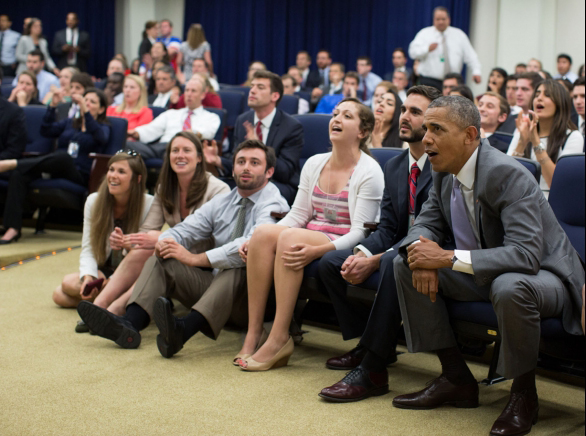 Harvard economist George Borjas recently gave an overview of the economic impact of immigration on the United States in a lecture at the Cato institute (see the issue brief on the subject).

Borjas’ insightful analysis is backed-up by scientific data yet many choose to dismiss his work if not ignoring it altogether.  As he explains, the immigration policy of the U.S. is not determined by facts and numbers. No matter how accurate and telling figures are, policy-makers are guided by their own sets of values, or shall I add, agendas.

We are all familiar with the current’s administration immigration policy. What is not openly declared, however, is the type of country those in charge want the United States to be (or rather become). What we don’t have is a clear answer to a simple question.  And so today, I ask, who are you rooting for Mr. President?

It is crucial to keep in mind a number of Borjas’ key points:

Knowing all this, which immigration policy should one advocate? As Borjas stresses, immigration policy is not guided by economics. It has to do with the kind of country we want and the people we care about the most, the low skilled American worker or the low-skilled immigrant?

Immigration policy comes down to one simple question:
Who are you rooting for? That is a question President Obama needs to answer.