You are at:Home»Featured»Money Talks for Sierra Club 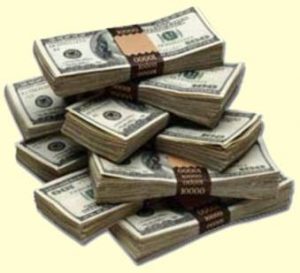 The Sierra Club has now gone full circle. It has morphed from an organization that supported reducing immigration to a moderate level in the interest of reducing the nation’s rapid population growth to its current neutral position on immigration which supports the current rampant immigration. Why did the organization make this shift? According to an interview by NBC News, the current Sierra Club director, Michael Brune, claimed that, “In our past, whenever the Sierra Club or any environmental group took a position that alienated us from the population it only made us weaker.”

That’s a compelling argument, but also one that is extremely duplicitous. The change in Sierra Club policy followed a donation reported to be $101.5 million to the organization with the caveat that the club not support immigration restriction. That donation was treated as a secret by the club, but it leaked into the press in an October 2004 article in the Los Angeles Times.

While it is understandable that the club wants to attract a diverse base of supporters for environmental causes, its 180-degree shift on immigration ignores that the rate of population growth – fueled in a large majority by immigration – has serious long-term consequences for the environment. Immigration is a discretionary policy and no responsible organization, including the Sierra Club before its money grab,  advocates shutting the door on all immigration. Instead, mitigating the environmental impact of rapid population growth by reducing immigration to a moderate level consistent with population stability is a policy that should have the support of all environmentalists. That is not an anti-immigrant policy.