You are at:Home»Immigration Issues»Agriculture»Earth Day Texas: Water, Population and Immigration 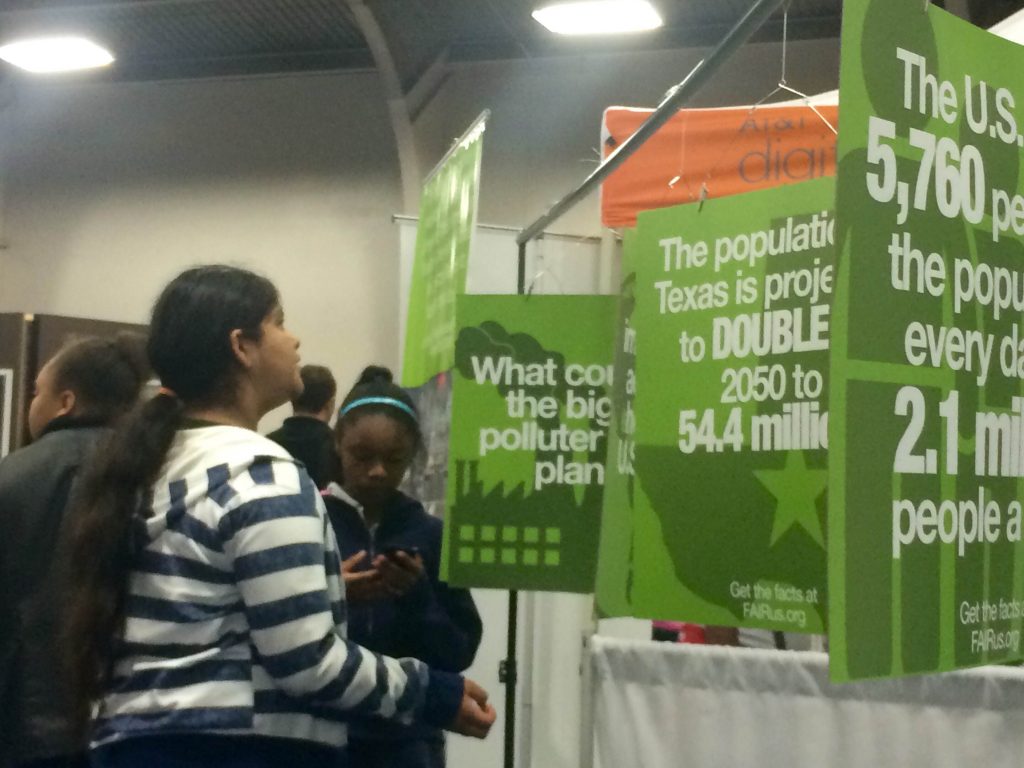 A group of us traveled to Dallas last week to participate in Earth Day Texas. For three full days we found a motivated and interested public concerned about the role of immigration in U.S. population growth and its implications for the global environment and our natural resource base. FAIR had a large booth full of useful materials and handouts that explore the connection between mass immigration, population growth and environmental degradation.

The late Senator Gaylord Nelson (D-Wis.), founder of Earth Day and staunch supporter of reducing immigration to conform to responsible demographic goals, would be shocked today to see so little discussion of this issue today.

That discussion is even more relevant now because of acute water shortages in key regions in the South and West. FAIR was fortunate to participate in Texas Earth Day this year.  Fortunate, I say, because there is an organized effort to stifle public understanding of this connection.  Why? Simple: organizations aligned with the Democratic Party in this country – organizations ostensibly dedicated to resource management, conservation and preservation — do not want either the population issue or the immigration issue discussed in the context of the environment. Can this be rational? Isn’t this an unethical compromise that sacrifices the core mission of these organizations?  Of course it is.

Most folks in Texas seemed to agree: Yes, immigration is inexorably a population/resource issue. FAIR was founded on the premise that population stabilization is in the public interest.  As we engaged over five hundred Texans over three days, we found that they understand the common sense need to reduce immigration for the sake of the environment.  Faced with water restrictions and the recognition that growing populations – mostly generated by high levels of foreign immigration –will increase water demand, most Texans would gladly support national immigration reductions.

We found a dehydrated state thirsting for – even impatient for – someone in a leadership position to connect the dots and take action.

Earth Day environment population Texas
Previous ArticleEverything’s Bigger in Texas – But Population Growth Doesn’t Have to Be
Next Article Lipstick on a Pig: California’s AB 60