You are at:Home»Immigration Issues»Border Security»Correcting the Media: Trump Didn’t Say Mass Deportations, You Did

Dara Lind of Vox appears to be the first out of the gate just hours later when she editorialized, “it’s important to stress that Trump has not explicitly called for deporting the children of unauthorized immigrants, even if those children are US citizens, en masse. But that’s the logical conclusion of his plan.” 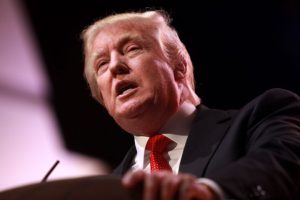 By Monday, most of the media were parroting the prepared statements made by special interests railing against the plan. “Trump has reignited the GOP’s longstanding obsession with mass deportation,” said Pablo Manriquez, Democratic National Committee director of Hispanic media, in a statement appearing in the Boston Herald.

Throughout the following week, “Trump” and “mass deportation” were interchangeably acceptable headlines for all the major syndicated news outlets, including a widely distributed wire story by the Associated Press, “Donald Trump calls for mass deportations faces realities of nation’s messy immigration system,” and Bloomberg with, “Trump deflects questions about high cost of mass deportation plan.”

Even FOX News took the bait. In a highly charged question to the candidate, Bill O’Reilly asked, “Do you envision federal police kicking in the door in barrios around the country, dragging families out?”

But aside from the spin – even that heard in the so-called No Spin Zone – neither the phrase “mass deportation” nor the word “deportation” appear anywhere the four-page, 1,899-word document. “Deport” is used once to refer to the recommendation that, “all illegal aliens in gangs should be apprehended and deported.” The plan does call for the “mandatory return” of criminal aliens and further suggests that all illegal aliens caught crossing the border be “sent home.”

Incidentally, under current law, all those categories of individuals are supposed to be removed.

In regard to automatic birthright citizenship, yes the Trump plan does support the end of that.  No, it does not suggest that if the practice were ended that it would apply retroactively and result in massive deportations.

The remainder of Trump’s plan calls for securing the border, enforcing the law, drying up the incentives that attract illegal aliens and infuses the principle that “real immigration reform puts the needs of working people first,” and that “any immigration plan must improve jobs, wages and security for all Americans.”

For most Americans, there is nothing neither radical, nor even much new about Trump’s plan because it primarily calls for enforcing laws already on the books.

Despite that, don’t expect the media to stop hyperventilating over Trump’s plan. For six and a half years, they have championed the Obama administration’s systematic whittling away of immigration enforcement and they don’t want to see it rebuilt.  The canard of “mass deportation” will continue to be used in order to inflict “mass destruction” on any candidate who dares to defy the non-enforcement status quo.

deporation deport Donald Trump media
Previous ArticleJose Antonio Vargas Lives Above the Law, Not in the Shadows
Next Article Is Huntington Park the New City of Bell?