You are at:Home»Immigration Issues»Crime»Federal Appeals Court Rules that Illegal Aliens have a Second Amendment Right to Keep and Bear Arms

Just when you thought the folks in the black robes couldn’t get any more irresponsible (see Federal Judge Dolly Gee’s order that illegal alien minors in detention be released immediately) along comes the 7th Circuit Court of Appeals to prove us wrong (again). 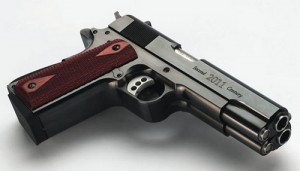 Last week, a three-judge panel of the 7th Circuit Court of Appeals ruled that illegal aliens have a Second Amendment right to keep and bear arms. The ruling came in the case of Mariano Meza-Rodriguez, an illegal alien from Mexico who was arrested after a 2013 bar brawl in Milwaukee and was found to have a gun in his pocket. A lower court judge ruled that, as an illegal alien, Meza-Rodriguez is not protected by the Second Amendment. The three wise appellate court jurists disagreed, unanimously. “We see no principled way to carve out the Second Amendment and say that the unauthorized (or maybe all noncitizens) are excluded,” Chief Judge Diane Wood wrote.

The ruling applies to illegal aliens who live in Illinois, Indiana and Wisconsin. Three other federal courts have ruled that illegal aliens do not have a constitutional right to own guns. How illegal aliens in the three states covered by the 7th Circuit might meet the legal requirements to purchase a firearm is another question (for perhaps another lawsuit by the ACLU). In Illinois, for example, “Prospective gun owners are asked to provide particulars like name, address, gender, race, height, weight, eye and hair color as well as driver’s license and Social Security numbers.” Since Illinois driver’s licenses issued to illegal aliens are clearly marked, “NOT VALID FOR IDENTIFICATION,” and illegal aliens do not have valid Social Security numbers, can a lawsuit contending that illegal aliens are being denied their constitutional rights be far behind?

Perhaps even more perplexing is that despite ruling that Meza-Rodriguez had a constitutional right to carry his gun into a Milwaukee bar, the three-judge panel refused to overturn his conviction for illegal possession of a firearm. The judges agreed that the federal ban on illegal aliens possessing weapons is valid. As a result of his felony conviction, Meza-Rodriguez was deported. Meza-Rodriguez’s attorney can’t figure it out either and will ask the decision be reviewed by the full 7th Circuit.