It’s easy to knock down strawmen. That’s why it’s tempting to use them to argue your case. Take, for example, this title to an article on the ThinkProgress website: “More Proof That Immigrants Aren’t All Criminals.” Has anybody ever claimed that all immigrants are criminals” Of course not. Legally arriving immigrants are screened to prevent the arrival of any with criminal records. 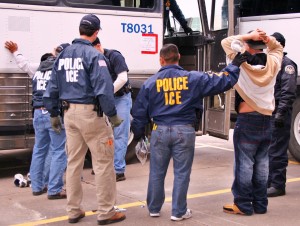 Even in the current presidential campaign rhetoric, reference to the problem of criminal aliens has focused on illegal aliens, and even then with the qualifier that all illegal aliens are criminals. So the story title is an egregious strawman.

The story reports that not all aliens subject to detainer requests by ICE have a criminal record – meaning a conviction for a crime. It goes on to cite the Obama administration’s self-declared priority of deporting aliens who represent a threat to the public, as enunciated by DHS secretary Johnson. But what the story ignores is that the DHS priority criteria for deportation also include recent arrivals, persons who reenter after being deported and persons with multiple misdemeanor convictions. That fact alone means that a share of deported aliens will not have criminal convictions. For that reason, the data that indicate the inclusion of non-criminal aliens in ICE detainer requests and the fact that they are being deported is meaningless except to those who would like to see the already atrophied deportation program shrunk even further.