You are at:Home»Immigration Issues»Asylum & Refugees»The Flood of Migrants into Germany is a Recruiting Bonanza for Terrorist Groups

As we commemorate the 14th anniversary of 9/11, it is worth remembering that the plot to attack America was launched in Germany. Many of the key figures in those deadly attacks were part of the Hamburg Cell, where radical imams preached radical ideology in many of the city’s mosques. 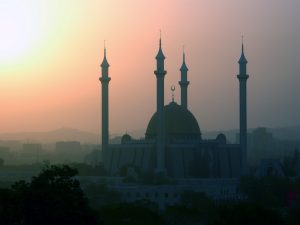 The mosques in Europe and elsewhere around the world where the radical Wahhabi Islamic doctrine is incubated are largely funded by Saudi Arabia. It is estimated that the Saudis have invested $100 billion in building mosques worldwide. Despite slumping oil prices, Saudi Arabia, which has resettled exactly zero Syrian migrants, has committed to building 200 new mosques in Germany alone – a country that expects to absorb about 800,000 migrants this year.

Take 800,000 recently displaced migrants, add 200 freshly built Wahhabi mosques, and what you get is the perfect recruiting ground for the future of Islamic terrorism in the West. The radical Islamic network, already rooted in German soil, is wasting no time. According to the intelligence service in the German state of Bavaria, Islamic extremists “are trying to approach the young unaccompanied refugees, who arrive in our country without their families and are particularly looking for contacts and support.”

Young men, with no families, no jobs, and no cultural or linguistic connection to the country they are arriving in are made-to-order targets for the radical Islamists whose aim is to spread terror throughout the West. From Hezbollah, to Hamas, to ISIS, radical Islam has won over new recruits by offering the poor, neglected and displaced the social services they need, a sense of community they have lost, and a sense of purpose they desire.

The impact will not be limited to Europe. President Obama has ordered that we admit 10,000 Syrians as refugees over the next year – a figure that refugee advocates immediately criticized as woefully inadequate. Based on past history and the tendencies of the Obama administration, the refugee advocates are likely to get their way. And, down the road, because our immigration system allows for endless family chain migration, the numbers will likely grow exponentially.

The West is faced with a perverse conundrum. Our own values preclude us from turning our backs on the millions of people who are being uprooted by a violent power struggle among radical ideologies in the Middle East. But resettling millions of displaced Syrians and others almost guarantees that those ideologies will take root in our own soil. Thus, the people who are responsible for catastrophes that are taking place across the Middle East and Africa stand to gain the most from the humanitarian instincts of the West.

And it won’t end with Syria. There are many more countries across the Middle East and Africa that stand on the brink of collapse and chaos. The greatest challenge for the West is to come up with a plan to manage a long-term humanitarian crisis and protect legitimate refugees without sowing the seeds of our own destruction.