You are at:Home»Federal»Congress»Congress Set to Make it Cheaper for Companies to Replace American Workers 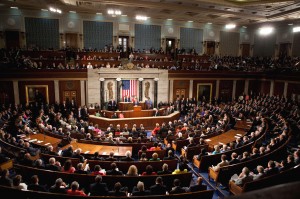 In 2010, Congress approved a $2,000 fee for every H-1B visa application submitted by firms that have at least 50 percent of their employees on the visa—known as an H-1B dependent employer. The fee raises between $70 million and $80 million annually, and has mostly been paid by the India-based staffing firms that help companies utilize H-1B. Yet the fee is set to expire on October 1, and no one in Congress is making any effort to stop it.

The failure by Congress to address the fee expiration coincides with the recent conclusion of a Department of Labor investigation into the aforementioned Southern California Edison layoffs. The Labor Department concluded that the H-1B program is statutorily written in a way that provides hardly any protections to American workers and allows employers to legally replace them with cheaper foreign workers.

Importantly, it is not just the Indian outsourcing companies that exploit the H-1B program at the expense of American tech workers. Large tech companies such as Facebook and Microsoft continue to push for a significant increase in H-1B visas, while many high-skilled Americans are out of work or underemployed. In fact, two-thirds of more than 9 million people in the U.S. with degrees in science, technology, engineering, or mathematics are working in other fields.

With one of the most innovative and productive workforces in the world, government policies should nurture our homegrown talent, not cut their legs out from under them by allowing companies unfettered access to cheaper foreign workers through the deeply flawed H-1B visa program.