You are at:Home»Federal»UPDATE: Gov. Christie Threatens to Veto Driver’s Licenses for Illegals 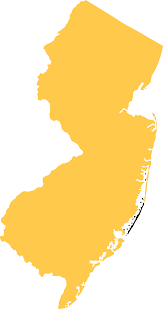 On the heels of today’s Homeland Security and State Preparedness Committee hearing considering legislation that would grant illegal aliens driver’s licenses in New Jersey, Governor Chris Christie (R) issued a statement threatening to veto such bill if it were to reach his desk.  His statement reads:

I am disturbed by the Legislature even considering making undocumented individuals eligible for New Jersey driver’s licenses.  As a former United States Attorney, I know that the driver’s license is the single most important piece of homeland security identification.  Yet, the Legislature proposes giving that to people with no definitive proof of their identity. To consider doing this in the current environment is not only irresponsible, but dangerous. If it were to ever reach my desk, it would be vetoed immediately. Protecting the security of the people of New Jersey is the governor’s single most important responsibility. (Emphasis added)

Last week, FAIR wrote on this legislation, Assembly Bill 4425 (AB 4425), which would grant four-year driver’s licenses to illegal aliens and those in New Jersey who cannot otherwise prove lawful presence in the United States.  The bill’s lead sponsor is Deputy Majority Leader, Annette Quijano (D), the Chairwoman of the Assembly’s Homeland Security and State Preparedness Committee.

Click here to read more about A4425 and why it is poor public policy. Stay tuned to FAIR for further updates….