You are at:Home»Jobs & Economy»Hillary Clinton Apologizes for Saying “Illegal Immigrant” 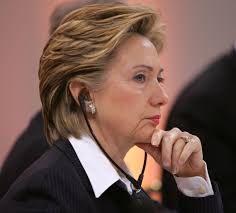 (While Being Interviewed by an Illegal Alien Tax Cheat)

At a New Hampshire campaign rally earlier this month, Clinton made an “inflammatory” admission. “Look, I voted numerous times when I was a senator to spend money to build a barrier to try to prevent illegal immigrants from coming in. And I do think you have to control your borders.”

Apparently, “prevent[ing]illegal immigrants from coming in” and controlling our borders is highly offensive to the small but vocal wing of the Democratic Party that Clinton is pandering to these days. A “poor choice of words,” she confessed.

Her mea culpa for uttering the phrase “illegal immigrants” was made to, of all people, Jose Antonio Vargas, who is not just an “illegal immigrant,” but has admitted to document fraud, lying to his employers, and who was recently hit with a $41,000 tax lien by the IRS for failing to pay taxes on money he earned while he was breaking the law forbidding him from working in this country.

With the zeal of a prosecuting attorney, Vargas questioned Clinton, “On behalf of the organization I founded, Define American, and the 11.7 million undocumented immigrants in this country — including myself — I am asking all the presidential candidates to recognize that #wordsmatter by committing to not using the term ‘illegal’ when referencing the undocumented population. Will you make that commitment?”

Clinton, who is trying to convince the American people that she has what it takes to be the leader of the free world, was duly contrite. “Yes, I will. That was a poor choice of words.”