You are at:Home»Immigration Issues»Crime»Wisconsin Anti-Sanctuary City Bill Pulled From Hearing 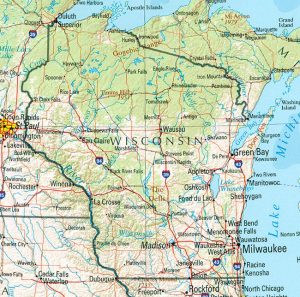 On Tuesday, December 15, Wisconsin state legislators in the Assembly Committee on Urban and Local Affairs postponed discussion of a bill that would prohibit state or local jurisdictions from obstructing the enforcement of immigration law by instituting sanctuary policies. Sanctuary policies prohibit state or local officials, including law enforcement officials, from asking individuals about their immigration status, reporting to federal immigration authorities, or otherwise cooperating with or assisting federal immigration authorities in the enforcement of immigration law. Local news outlets suggest that the Committee Chairman, Assemblyman Edward Brooks, pulled the bill from the Committee’s agenda after receiving pressure from pro-amnesty advocates in the state.

Representative John Spiros introduced the legislation to protect public safety, following the death of Kate Steinle, a 32-year-old woman from California. Steinle was shot and killed by an illegal alien suspect this summer after he was released from local law enforcement custody by the county sheriff, pursuant to San Francisco’s sanctuary policy. “Look, if you’re in Wisconsin, we want to protect everyone. That’s the whole premise behind the bill,” said Representative Spiros.

The measure, Assembly (AB) Bill 450, allows the attorney general, a district attorney, or a county sheriff to contest a suspected sanctuary policy in court in order to compel a violating jurisdiction to revoke an offending policy. Additionally, AB 450 requires the state to revoke a limited amount of funding, between $500 and $5,000, depending on its population, from a jurisdiction that the court finds to be in violation of the law. The Assembly Committee on Urban and Local Affairs has not yet set a new date for discussion on the measure.