You are at:Home»Immigration Issues»One Million Illegal Aliens on the Road in 2016?

According to an August 2015 Pew Report, released prior the addition of Delaware and Hawaii, nearly 37 percent of illegal aliens live in a jurisdiction where they may obtain a license.   Michelle Waslin, manager of Immigration and the States for Pew, estimated that as of the fall of 2015, the number of illegal alien drivers in the U.S. totaled roughly 900,000. 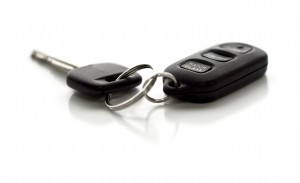 To accommodate the influx in driver’s license applicants, the California government hired roughly 1,000 additional DMV workers, extended office hours, and created several new locations.  Nonetheless, the law continues to put illegal aliens ahead of U.S. citizens.  For instance, the state requires all drivers over the age of 70 to go to the DMV in-person to renew a driver’s licenses, making California’s elderly compete in long lines with illegal aliens at the DMV.

“It certainly overloads the system,” said Ann Coil, Santa Ana Tea Party Patriots coordinator.  “And, again, we’re giving priority to people who aren’t citizens,” she added.  “There is concern in this country, and it’s reflected in this election, that there’s more compassion for people who are not citizens than those who are.”