You are at:Home»Immigration Issues»Asylum & Refugees»Refugees Coming to a Town Near You?

Even as American citizens are concerned about refugees and illegal aliens surging across the border, our country’s top intelligence officials have admitted that they have no way of properly screening refugees from Syria. As a result, President Obama’s announcement to resettle upwards of 10,000 refugees from that country this fiscal year has left many searching for more information about the refugee resettlement process in their state. 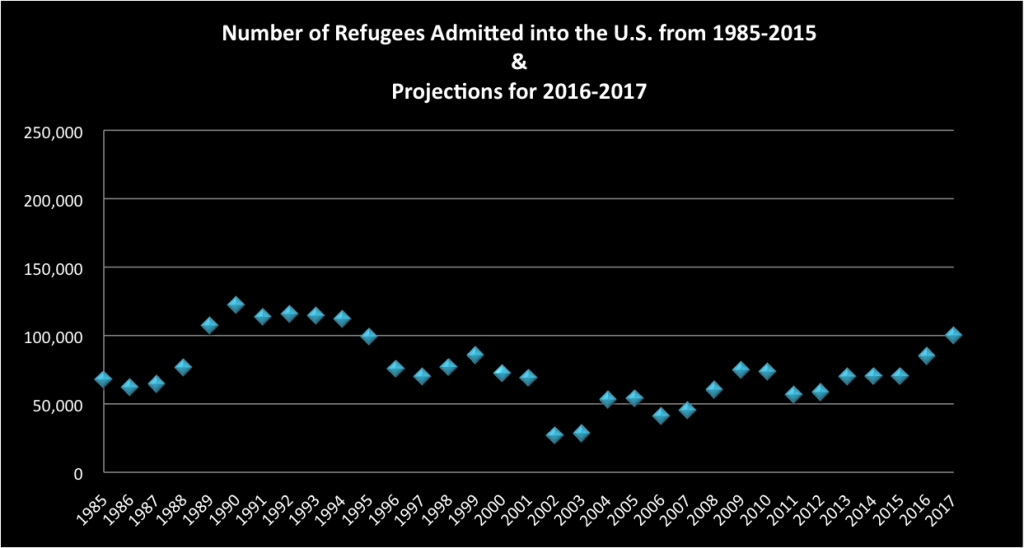 On Friday, two Iraqi refugees were charged in court for terror-related activities. Terrorist organizations, like ISIS, have stated their intention to use the refugee crisis to infiltrate Western countries. Primarily, American citizens have been concerned with the President’s announcement to bring in 10,000 Syrian refugees, but what about the rest of the illegal immigrant population and refugees alike? Based on the proposed FY 2016 cap set for 85,000, an additional10,000 Syrian refugees would only account for approximately 11% of all refugees for the year 2016. That still leaves 89% of the refugee population.

The latest data from Fiscal Year 2014 gives some valuable insight regarding the demographics of refugees. In 2014, refugees were admitted to the United States from 78 different countries. The top 10 refugee countries account for 95% of all refugee admissions into the United States. These include: Iraq, Burma, Somalia, Bhutan, Democratic Republic of Congo (DRC), Cuba, Iran, Eritrea, Sudan, and Afghanistan. The remaining 5% of refugees denoted as “Other” represent the total refugees from 68 countries combined. Below is a chart depicting the percentage of refugees from each of those countries. 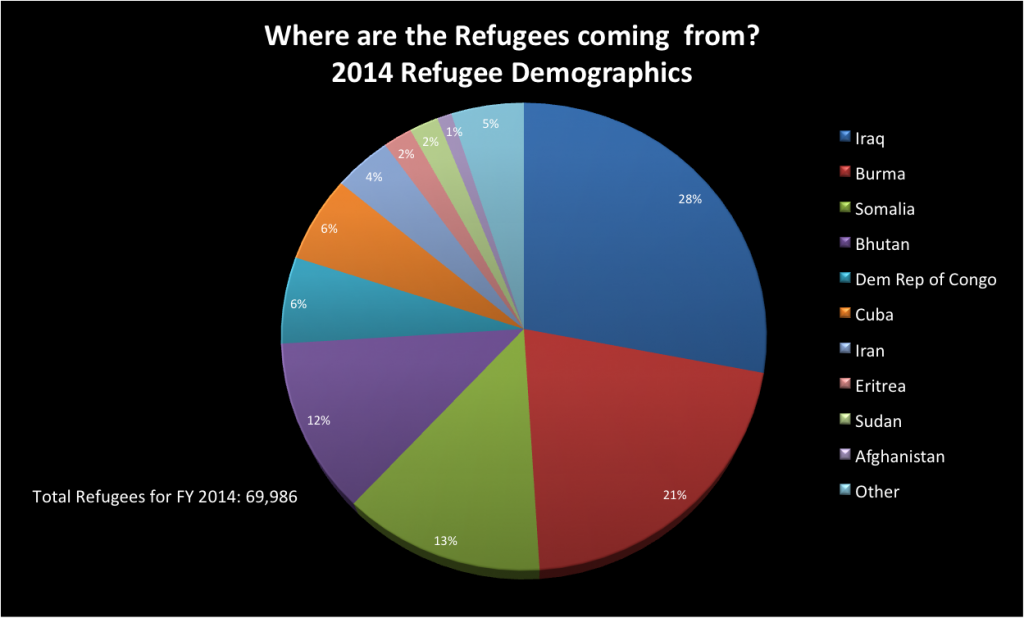 In 2014, Business Insider issued a report on the World’s 25 Most Failed States. Interestingly enough, six out of the top ten countries the United States received refugees from are listed as failed states in report: Burma, Eritrea, Iraq, Afghanistan, Democratic Republic of Congo, and Somalia.

Where do refugees go once they are sent to the U.S.? How much say, if any, do states and localities have during the resettlement process? Who will pay for it? These are all questions that individuals are—and should be—asking.

As always, FAIR encourages its members to get involved and ask their state legislators what they are doing to evaluate their states’ refugee arrivals policy to ensure proper screening for potential public safety and national security concerns. For more information about the states’ role in the resettlement process, you can view FAIR’s report: The Role of States in the Refugee Resettlement Process, which informs state activists and representatives steps they can take before, during, and after refugee arrivals to your state.