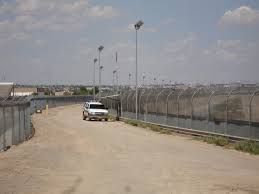 While border security in the U.S. takes a back burner under the Obama administration, it appears to be considered a crucial part of securing law and order in foreign countries. According to the Jerusalem Post, American officials drafted a border security recommendation for Israel’s eastern border if that nation decides to pull out of the Jordan Valley and fully cede the West Bank to Palestinian control. This proposal offers the Jewish nation state-of-the-art border monitoring technology which would be complimented by Israeli and Palestinian security patrols on both sides of the border.

“The research and details of the plan were overseen by Gen. John Allen, a Marine four-star general who had commanded U.S. forces in Afghanistan. Its implementation was designed to span a number of years during which Israel would maintain both an overt and covert presence in the territories.

As part of the plan, the Jordan Valley frontier would be outfitted with sophisticated surveillance and tracking technology on both the Israeli and Jordanian sides of the boundary.

In addition, Israeli and Palestinian security force would conduct separate patrols in designated areas of the West Bank until the latter proves its effectiveness in keeping order on their own.”

Israel said, “thanks, but no thanks.”

Considering the chaos on the United States’ southern border, it shouldn’t come as a surprise that one of the most at-risk nations in the world quickly dismissed the notion of American involvement in their border situations. While the Obama administration turned its head and allowed 527,127 individuals to overstay their visas in FY2015, Israel continues to place the security of its citizens as their top priority by enacting and enforcing common-sense immigration standards and keeping their border secure.

This proposal also begs another question: Considering our U.S./Mexico border is subject to daily violence from drug cartels and the presence of dangerous criminal aliens illegally entering the States, why won’t the federal government implement these kinds of security standards for our own boundaries?