You are at:Home»Immigration Issues»Border Security»UAM Numbers are Down, But Not for the Reason Politico Claims 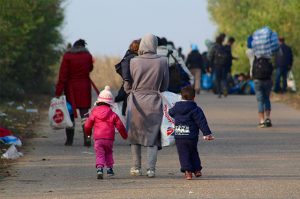 Politico’s immigration reporter Seung Min Kim has quite the theory on the recent decline in apprehensions of unaccompanied alien minors (UAMs) and family units. Never one to bury the lead, Kim concludes the first sentence of the article with the cause of the decline: the decrease began “soon after the Obama administration launched controversial raids targeting immigrants who had recently crossed the border.”

First, the facts. Kim correctly notes that apprehensions have declined from December to January: 54% decline in UAMs and 65% decline in family unit apprehensions. Indeed, an official DHS press release says exactly that.

Now to the claim that the enforcement “raids” can be credited with the decline. Kim, of course, is referring to the limited enforcement effort by the Obama administration at the end of December that nabbed only 121 illegal aliens with only 77 having actually been deported. By comparison, over 300,000 UAMs and family units have streamed over the border unlawfully since 2013 meaning. Raids indeed!

And if you think Kim is unaware of the 77 and 121 numbers, she cites them at the end of her article.

Unlike her conclusion, she does bury the actual reason for the decline in her piece. “It may be too premature to cite a connection between the administration’s raids… and the drop in numbers,” begins a paragraph midway through the article. Here’s the kicker: “The cold winter weather could also play a key role, and it would take some time for the news of the raids… to travel down to Central America, where most of the immigrants are coming from.” (emphasis added)

Did you catch that? Not only does she acknowledge that unlawful border crossings historically decrease in the winter, she suggests that news of the “raids” might not have had time to reach Central America!

Not even DHS Secretary Jeh Johnson is drinking the Kool-Aid that Politico is gulping down. In the press release announcing the new apprehension figures, Johnson clearly says “While the one-month decline in January is encouraging, this does not mean we can dial back our border security efforts.”

Kim, who includes the same quote in her article, quickly transitions to calling the decrease “good news” for the Obama administration and never readdresses her grand proclamation of the cause. A proclamation she debunks within her own piece.

Never let the facts get in the way of a predetermined conclusion.