You are at:Home»Immigration Issues»Border Security»Crossed Up: 20 Years After Bill’s Passage, Customs and Border Protection Implements Limited Test of Biometric Screening 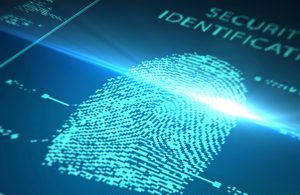 On Thursday, U. S. Customs and Border Protection (CBP) announced that it will begin collecting biometric information from “certain” non-citizens exiting the country at the Otay Mesa crossing in San Diego, according to an agency press release. The test runs through May 2016.

This system should be well beyond the testing phase. In 1996, Congress mandated that the federal government collect biometric data for people who entered and exited the country. Nothing happened.

The 9/11 Commission reiterated the program’s importance and recommended its immediate implementation because four of the attackers overstayed their visas. Again, crickets. In 2004, Congress reiterated its commitment to instituting a system and appropriated funding for it six times.

“Improved technology for comparing entries and exits along the land border will enhance CBP’s ability to secure the border, identify visa overstays, identify persons of interest, and improve reporting and analysis of international visitors to the U.S.,” stated the agency’s release.

Since CBP has shown its unwillingness to deal with these critical issues in any meaningful manner, this test at Otay Mesa represents a feeble attempt to fulfill a mandate that might have hindered the 9/11 plot had it been implemented when the law passed 20 years ago.

Three Presidential administrations have delayed compliance with the will of the people as represented in Congress. CBP’s test, which it calls a “limited project,” is a positive start that illustrates just how far behind this country is in securing our borders, complying with the law and protecting American citizens.