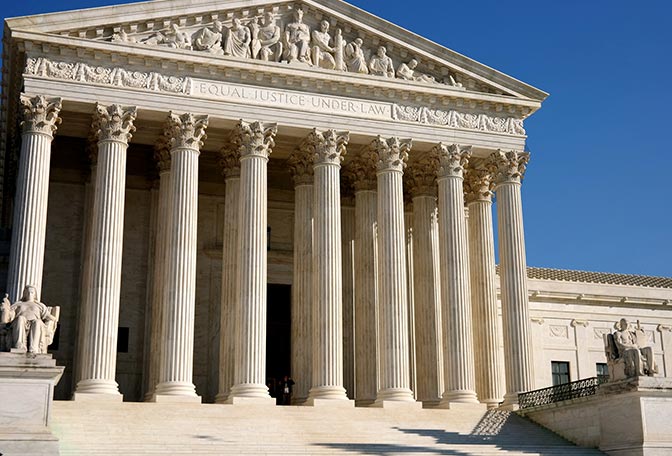 Today, the House voted 234 to 186 on a resolution to file an amicus brief in the United States v. Texas Supreme Court case challenging President Obama’s authority to grant executive amnesty to millions of illegal aliens without congressional approval.

The attempt to file an amicus brief on behalf of the entire chamber is an “extraordinary step” and something that “has never been done before.”  The House decided to get involved only after the Supreme Court asked the parties to present arguments beyond the Administration’s petition for certiorari on a whether DAPA and expanded DACA “violates the Take Care Clause of the Constitution, Art. II, §3.”

FAIR is supportive of the House’s efforts to file the amicus brief but believes these efforts to be incomplete.  We have been urging Congress to use its power of the purse to end Obama’s amnesty and restore Secure Communities as well as pass standalone enforcement legislation.

Why United States v. Texas is the most important case the Court will decide this year

U.S. v. Texas
Previous ArticleSenate Hearing Engages in ‘The Most Productive Discussion We Have Had’ About the Impact of Immigration on American Jobs
Next Article Video: Dan Stein Discusses Free Speech and Anti-Trump Protests