You are at:Home»Politics»Louisiana AG Calls out Obama’s Justice Department 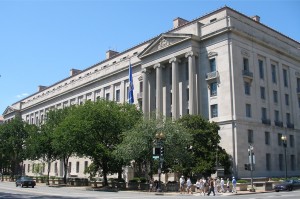 The Louisiana House of Representatives overwhelmingly passed these bills last week.  Opponents of the measures, however, have tried to derail their progress by claiming that the state’s largest sanctuary jurisdiction, New Orleans, is only a sanctuary city due to a federal consent decree.  They then go on to claim that the legislature should not pass these bills because it would cause the city to be in violation of the consent decree.

What is this consent decree you may ask?  Years ago, the New Orleans Police Department (NOPD) got into some hot water with the feds over its police practices.  To fix things, in 2012 the NOPD entered into a federal consent decree (or agreement) with the DOJ, which governs the NOPD’s interactions with suspects and the public.

Page 50 of this 129 page agreement with the DOJ contains a section on how the NOPD should handle immigration matters.  In it, the agreement states that among other things, “Officers shall not take law enforcement action on the basis of actual or perceived immigration status, including the initiation of stops or other field contacts.”

3. NOPD members shall not make inquiries into an individual’s immigration status, except as authorized by this Chapter.

5. The NOPD shall not engage in, assist, or support immigration enforcement except as follows

(a)    In response to an articulated, direct threat to life or public safety; or

(b)   When such services are required to safely execute a criminal warrant or court order issued by a federal or state judge.

6. Unless authorized by Paragraph 5, members are not permitted to accept requests by ICE or other agencies to support or assist in immigration enforcement operations….In the event a member receives a request to support or assist in a civil immigration enforcement action he or she shall report the request to his or her supervisor, who shall decline the request and document the declination in an interoffice memorandum to the Superintendent through the chain of command.

As such, opponents of the anti-sanctuary bills have been pointing their fingers at the federal consent decree, using it as an argument against the measures by claiming that passing them would force New Orleans to violate their agreement with the feds.

This immigration provision in the consent decree, however, violates federal law.  Pursuant to 8 U.S.C. 1373, local governments are prohibited from restricting its employees – including law enforcement officers’ – from communicating with federal immigration agents.  That section reads:

Notwithstanding any other provision of Federal, State, or local law, a Federal, State, or local government entity or official may not prohibit, or in any way restrict, any government entity or official from sending to, or receiving from, the Immigration and Naturalization Service information regarding the citizenship or immigration status, lawful or unlawful, of any individual.

(b)   Additional authority of government entities

(3) Exchanging such information with any other Federal, State, or local government entity.

Being the true immigration reformer that he is, Attorney General Landry has made this contradiction clear to U.S. Attorney General Loretta Lynch and is now seeking her clarification.  “I am perplexed by the implication that the U.S. Department of Justice would require – through a federal Consent Decree – any city or law enforcement authority or officer to not cooperate with federal authorities.  Nor, can I believe that a Federal Court would approve language in any Consent Decree that would force a municipality or its law enforcement agency or officials to knowingly and intentionally violate unambiguous federal law.”

You can view more of Attorney General Landry’s letter, as well as the NOPD policy and consent decree here, to decide for yourself who is to blame for the policy.  Because surely, the Obama administration’s Justice Department would never ask localities not to help enforce our immigration laws.