You are at:Home»Immigration Issues»Why True Immigration Reform Has Nothing to Do With Tearing Families Apart 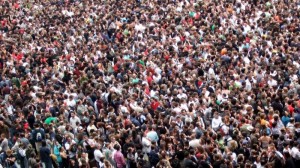 Beware the manipulation of words when dealing with the immigration issue. Open borders advocates tout that they are “on the right side of history,” which shrouds their cause in a sense of inevitability. Another slogan, used by President Barack Obama during his defiant press conference after the Supreme Court handed him a defeat in the Texas vs. United States case, is that we should not tear families apart.

Congressman Gerry Connolley (D-Virginia) chugged the Kool-Aid when he dined with two illegal immigrants, one from Korea another born in Mongolia, who told sob stories regarding their cloudy futures and fear of deportation.

The men explained that “their undocumented parents are now at risk of deportation anytime they interact with law enforcement officials.” So? Anyone who breaks the law knows there could be consequences.

Here is where things get tricky regarding tearing families apart, a situation that they created by making deliberate decisions.

“Because of their undocumented statuses, it has been more difficult for [the illegal aliens]to consider going to college and having future careers. It has also put a very specific strain on their families because it’s not clear they’ll be able to stay together,” writes Think Progress, a pro-amnesty organization.

To be clear, if the parents are deported, they can take the child with them. If they choose not to, then that is their conscious decision. The Mongolian man, 22, brought to the United States by his parents when he was a child, said that “his parents are struggling to come up with a contingency plan if they become separated from his 12-year-old brother, who is a U.S. citizen. ‘My brother would most likely stay here. We don’t even know who he would stay with,’” he said.

If they truly love their child, wouldn’t they take him with them if they were to be deported? If not, why not? Birthright citizenship is one of the most damaging, counterproductive policies that any government has ever instituted and here is the proof.

The demands of illegal aliens to be granted rights rings hollow since they knowingly made decisions to break the law and have no right to cry foul when they have to deal with the implications. Anyone who caters to these whiners helps erode our sovereignty and tear the country apart.