You are at:Home»Immigration Issues»Border Security»DHS Finally Thinks to Check Twitter 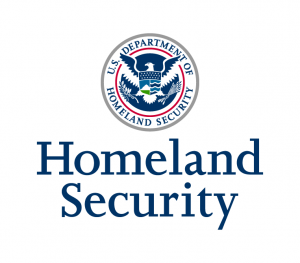 The Department of Homeland Security has proposed adding a line to forms that visitors to the United States fill out requesting them to voluntarily disclose their social media accounts. This is part of the debate over the Visa Waiver Program, which allows citizen of some countries to visit for up to 90 days without having to get a visa. After the string of attacks Americans have seen here at home and overseas, it’s no wonder screening and vetting the people coming to our county is now a top priority.

But is this too little too late? Representative Vern Buchanan (R-Fla.) called the proposal “lame.”

“What terrorist is going to give our government permission to see their radical jihadist rants on social media?” Buchanan said. “The only people who will share that information are those with nothing to hide.”

I have to agree. We’re expecting people to voluntarily put their social media information on these forms? Sure, if they’re coming to the U.S. for a selfie in front of Mount Rushmore, they’ll probably comply. But the people who have been working with ISIS, who come to the United State to carry out some maniacal plan to murder as many people as possible, will probably not be so forthcoming.

What’s truly astonishing is the fact that this is just now a proposal we’re seeing. Facebook has been around since 2004. Since the middle of 2015, Twitter has suspended over 125,000 accounts linked with terrorism.

Even when private citizens alert the federal government about something, they often just ignore it.

Most of my friends wouldn’t agree to meet somebody for coffee until they’ve thoroughly checked all of their social media accounts, found their Myspace page from middle school, and read their college senior thesis online. That is the kind of dedication we should be seeing from immigration officers, whose job it is to ensure those coming to the U.S. are not threats to safety.