You are at:Home»Immigration Blog Posts»The Important Difference Between Assimilation and Integration 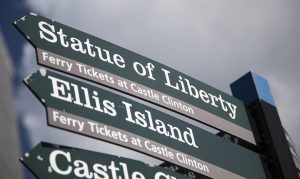 Controversial London mayor Sadiq Khan recently toured the United States in support of presidential candidate Hillary Clinton. Commenting on U.S. immigration policy, Mr. Khan said, “People shouldn’t have to drop their cultures and traditions when they arrive in our cities and countries.” He also stated that he believes in “integration” rather than “assimilation.”

Mr. Khan, who is from an immigrant family, raises an interesting point. What is the difference between “integration” and “assimilation”?

Assimilation is generally defined as adopting the ways of another culture and fully becoming part of a different society. Whereas integration is typically defined as incorporating individuals from different groups into a society as equals. The difference is subtle but significant.

When immigrants assimilate, they accept the ways of their host and become a full part of the community.  Assimilation implies that immigrants, through education and experience, can earn their way into the host culture and be seamlessly accepted as full members of their new community.

By contrast, integration suggests boundaries. It is defined in terms of equality. But in this context equality indicates that a host is obligated to embrace foreign cultures as equal, even when they conflict with the values and traditions of the host.

Integration may sound wonderful, but this isn’t always the case. Imagine the chaos that would result if a mass migration of Britons insisted the United States integrate their tradition of driving on the left side of the road, rather than assimilating to the American preference for the right side. That’s an amusing example. But the situation becomes dire if one considers the wider implications of integration over assimilation – especially when mass migration is from countries where polygamy, child labor or slavery is considered acceptable.

Despite Mr. Kahn’s assertions to the contrary, people are not required to drop their cultures and traditions when they arrive in the United States. What American doesn’t know crowds of people who maintain some connection to another culture? Apparently Mr. Khan has never attended a St. Patrick’s Day parade in Boston, or a Dominican Day festival in New York City. In fact, the happy acceptance of foreign folkways is a uniquely American value.

But immigrants to the U.S. are expected to learn enough about American culture to be able to obey the law and participate in the commercial and civic life of the nation. This is a reasonable expectation. Assimilation cultivates success for newcomers and prevents the head-on collisions that result when everyone drives in opposite directions on the same side of the road. Most importantly, it’s what turns immigrants into Americans.

assimilation immigration policy
Previous ArticleFAIR Op-ed: Immigration Reform is Not about What to Do for Illegal Aliens
Next Article Naturalization Errors Expose Vetting Problems