You are at:Home»Immigration Blog Posts»Advocates for Illegal Aliens Declare War on the American Justice System 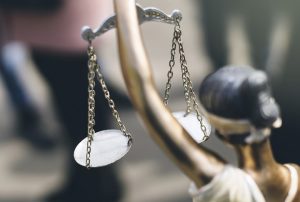 The American justice system exists to deliver fair and timely justice to those accused of wrongdoing and to their victims. The integrity of the judicial process is the foundation of any enlightened society. That bedrock foundation of our republic will soon be under attack by elected officials and tax-exempt foundations who openly vow to wage “lawfare” on our federal courts.

The assault on the federal judicial system is being led by Luis Gutierrez, who ostensibly represents the citizens of Illinois’ 4th congressional district, but has proclaimed himself to be the representative of the nation’s illegal alien population. Gutierrez recently stated that if Donald Trump acts to rescind President Obama’s unconstitutional Deferred Action for Childhood Arrivals (DACA) amnesty program he will consider it to be a “declaration of war.” In addition, Gutierrez has threatened that if the new president attempts to carry out the laws of the United States and begin deporting illegal aliens, “then the people he wants to deport should say, ‘I want my day in court before a judge.’ You have to paralyze the system.”

In truth, the federal justice system is already being paralyzed by deportable aliens and their advocates. More than half of all cases pending before federal courts are immigration related and there is a backlog of more than half a million cases of people fighting to remain in this country. The prospect of a member of the House Judiciary Committee openly calling upon illegal aliens to further paralyze the federal judicial system if the president tries to enforce the nation’s laws, borders on sedition.

But Gutierrez will not be waging a one-man assault on the federal courts. He is already being joined in the war against the judicial system by the California Legislature, which has been engaging in its own long-running war on sanity, not to mention immigration enforcement. State Senator Ben Hueso (D-San Diego) introduced the Due Process for All Act (SB 6) earlier this month that “would create a state program to fund legal representation for those facing deportation.” Hueso’s Assembly colleague, Rob Bonta (D-Oakland), has offered a companion bill (AB 3) that “would create state-funded regional centers to train defense attorneys and public defender’s offices on immigration law and the consequences of criminal convictions.” Needless to say, California taxpayers would foot the bill for these services. Similar efforts are underway in New York.

Immigration “lawfare” isn’t exactly hurting for cash even in the absence of publicly funded effort to paralyze the federal courts. Last summer’s leaks of a cache of documents from billionaire George Soros’s Open Society Foundation (OSF) detail countless millions of tax exempt foundation dollars (from OSF and other prominent groups) already being dedicated to the war against immigration enforcement.

The undeniable intent of the open borders zealots is to bring the nation’s court system to its knees in order to prevent the duly enacted laws of the United States from being enforced. That challenge to one of the essential pillars of our civilization is an existential threat that must be addressed.